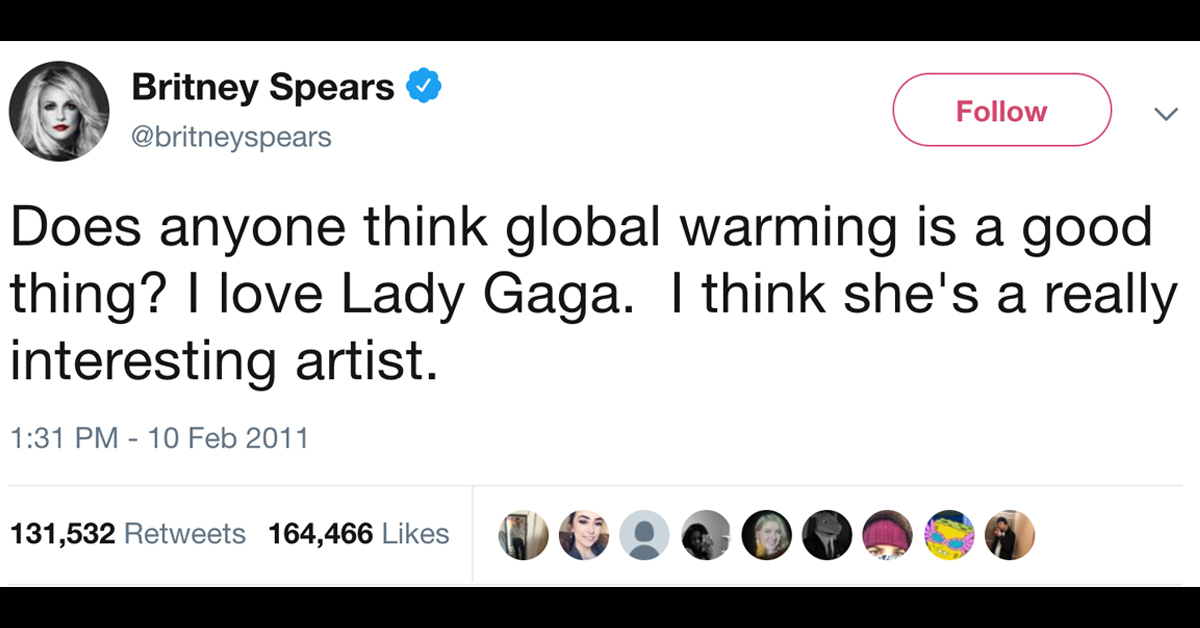 Nobody in this world is forgiven for being a weirdo like a celebrity. They can just say or tweet out whatever the heck they want, and rather than being called “bizarre” or “weird” they are deemed “eccentric” or “funny.” To be fair, that sort of constant attention is a just reward and curse.

For example, Cardi B‘s recent, unexplained decision to rock monstrous duplex dad kicks. Whether or not Lindsay Lohan actually “party-crashed” Paris Hilton’s car party with Britney Spears, or if Paris is just being a jerk. Also, the dozens of questions the world still has regarding Mark Wahlburg’s alleged daily schedule.

Does anyone think global warming is a good thing? I love Lady Gaga. I think she's a really interesting artist.

6. And this retail mystery:

I cant sleep gotta get 2 walmart

now I need a beer

no i'm not wearing a weave

I feel like there's a giant meatloaf inside of me