Well, we’re about a month into quarantine and everyone is going insane. Especially this mom, who seems to think that the world and all its services were created to serve her and her offspring. A screenshot of an absolutely absurd Facebook post has been circulating everywhere, stirring up shocked gasps amongst readers. It was originally posted by Redditor u/Kshanks19 on r/InsaneParents, then made its way to r/ChoosingBeggars via u/triskii.

The writer is a mom who posted a link to a story about how streaming quality was lowered in Canada to accommodate increased demand. People are at home watching TV, and there are some adjustments to be made. The mom decided to write this about the article:

During this pandemic only people with kids should be able to watch any streaming service and nothing for the people who are alone and single. families need netflix or disney+ more. its annoying to see a grown single adult sharing what they are watching on disney+ when that streaming service was made only for kids. i have three little ones at home and another on the way. we deserve this service over single and alones with no kids.

If you want me to stop watching Netflix, you’re going to have come pull the computer out of my cold dead hands, honey. 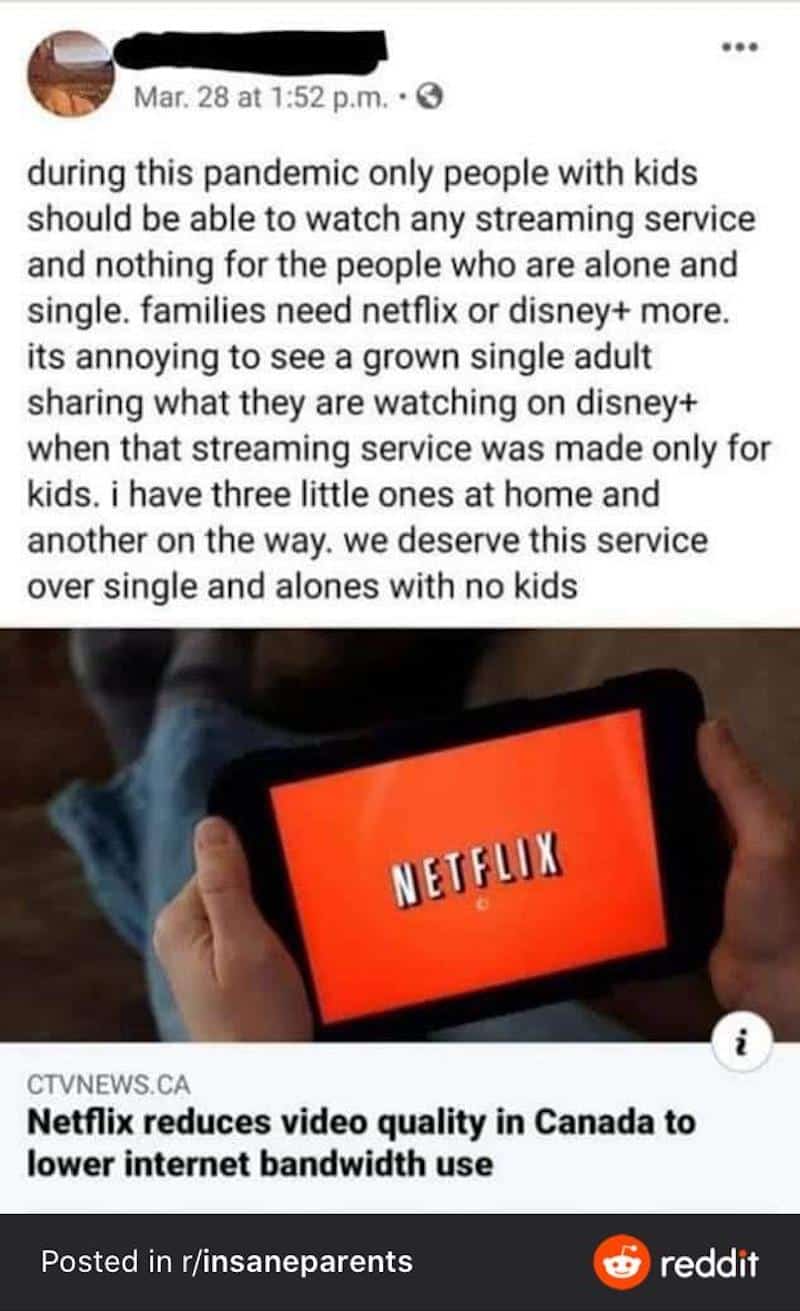 You know, it probably is hard to be stuck at home with three kids with another on the way. Sticking a screen in front of them might be the only way to get a moment of peace. I don’t judge that. I do judge her reading comprehension because it doesn’t seem like she understands quality might be a bit lower and that’s not a big deal? At all?

The comments were less compassionate about her other points, especially the insistence that Disney+ is for kids: 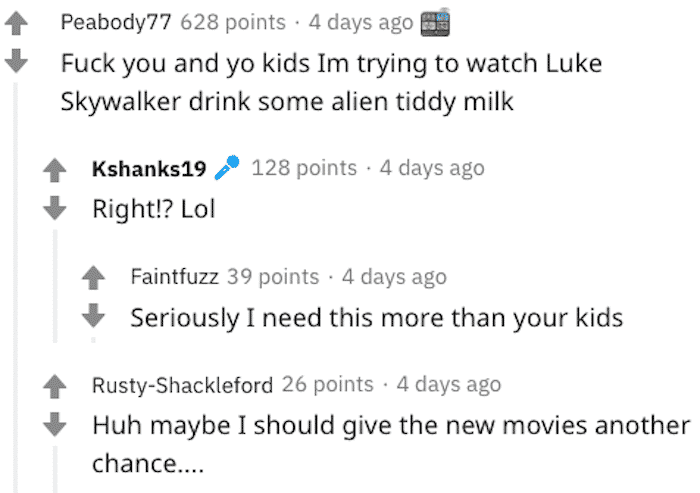 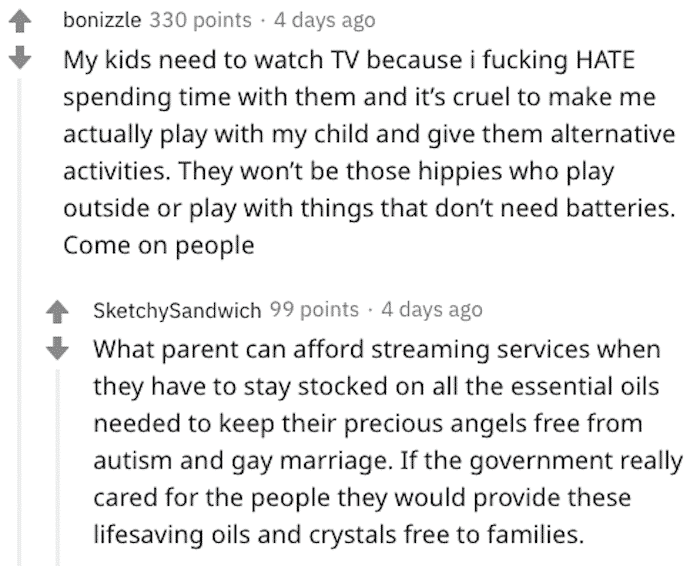 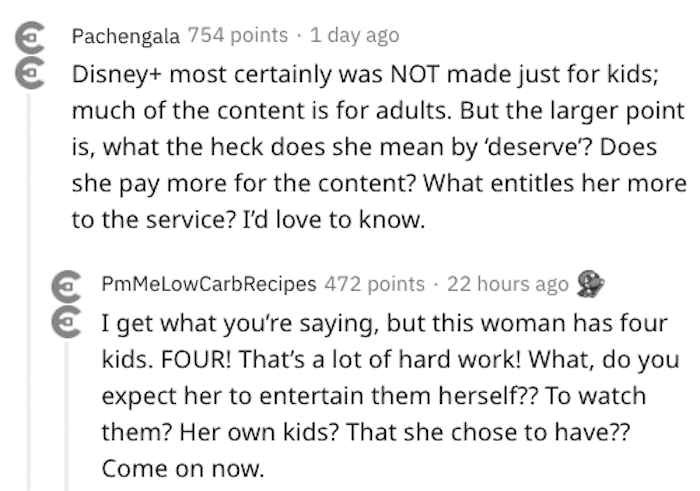 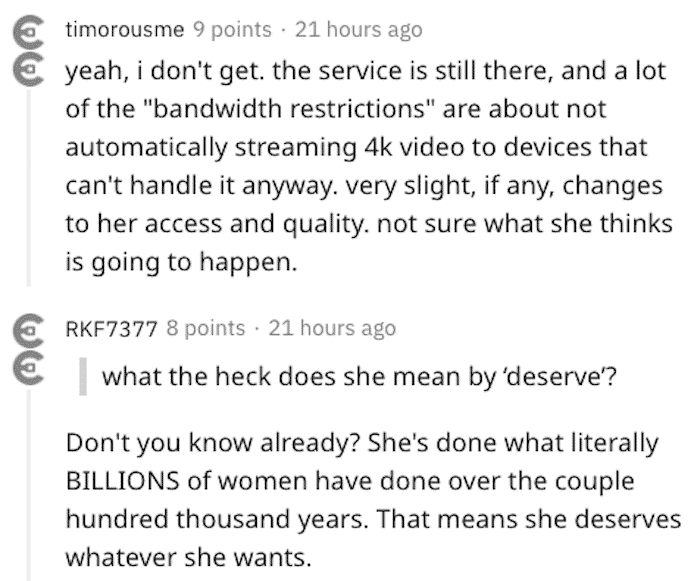 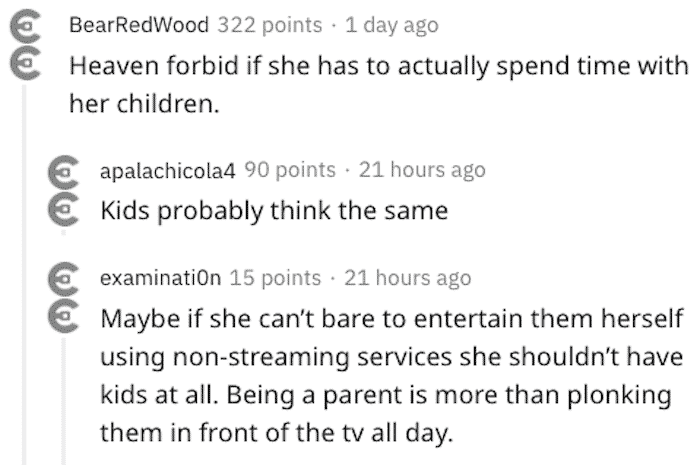 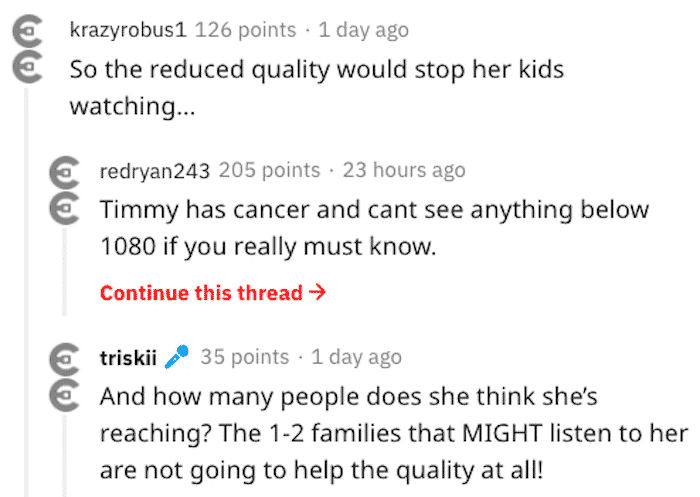 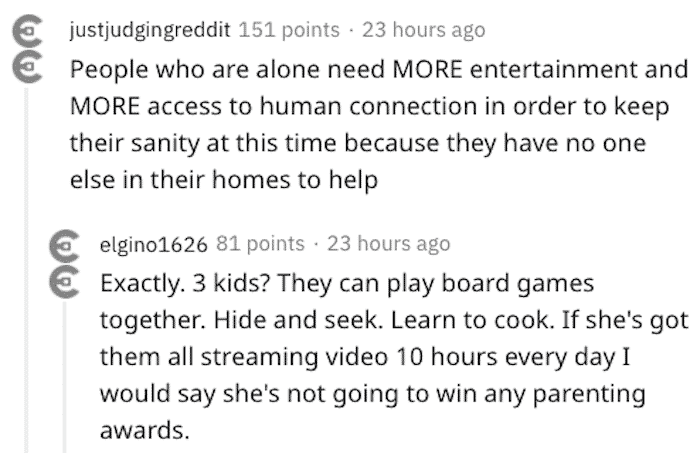 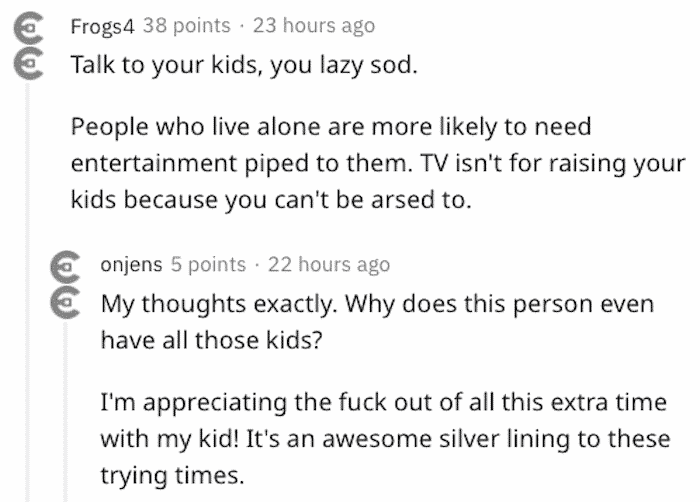 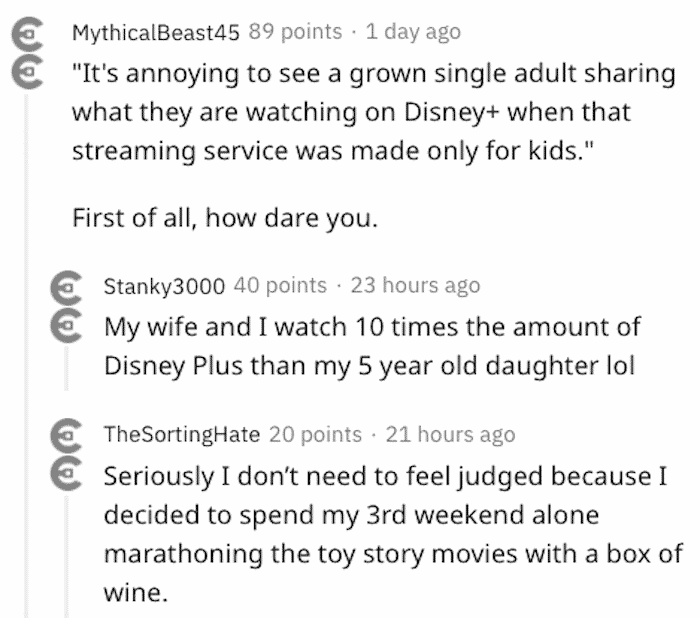 People have been debating how real this post is, but u/Kshanks19 added another post to r/InsaneParents from the same woman.

It reads, “I always question what kind of woman decides she doesn’t want children it makes me think there is something wrong with her and its selfish to the women who do want children but can’t. I have three beautiful children and another the way and I just can’t figure that mindset at all but maybe it’s good they made that decision since they probably wouldn’t make good parents anyway.”

Lady…maybe you should try being a good human being? And get another hobby besides having children. 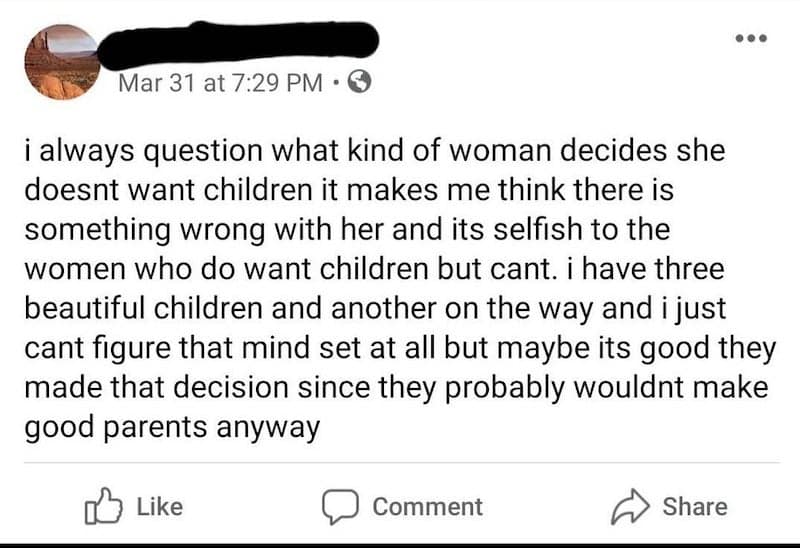 Parents who think the world revolves around them are all too real.