High school is a weird time because you are aware that you’re about to enter a much more meaningful part of your life with college and true adulthood ahead, but everything happening RIGHT NOW feels so damn important. That includes things like talent shows, prom kings and queens, football games, and yes, your Senior Superlative.

Who is Most Likely to Succeed? Who is the Class Clown? The student body takes these matters as seriously as a midterm election.

Marc Snetiker of EW.com shared a story that shows exactly how important these decisions are to kids even over a decade later, when they are all firmly adults.

He posted a screenshot of an old Facebook group for his high school in which a former Senior Leader admitted that they betrayed their sacred offices by stuffing the Superlative voting ballot box to award their friends as much as they could.

someone from my high school just posted this on a 13-year-old Facebook group and everyone is SPIRALING pic.twitter.com/uwzoNMXfAQ

Snetiker wrote, “Someone from my high school just posted this on a 13-year-old Facebook group and everyone is SPIRALING.” The screenshot post reads:

Hey, guys! One more thing before I forget. In the spirit of the new year, I’d like to take this opportunity to confess to all of you that I, and one or two other members of Senior Leadership Council ’07 who will remain unnamed, interfered with the class of 2007 Senior Superlatives. this is not a joke.

We went to great lengths to forge no less than 30 filled out ballots, with all our friends and acquaintances winning their respective categories. We attempted to rig literally every category. it’s worth mentioning that not everyone we tried to fix the election for was victorious, and we could not rig the actual candidates being nominated in each category—those were 100% legit, as far as I know.

Wow! I feel such a weight lifted off my shoulders, having finally confessed this. thanks for reading. 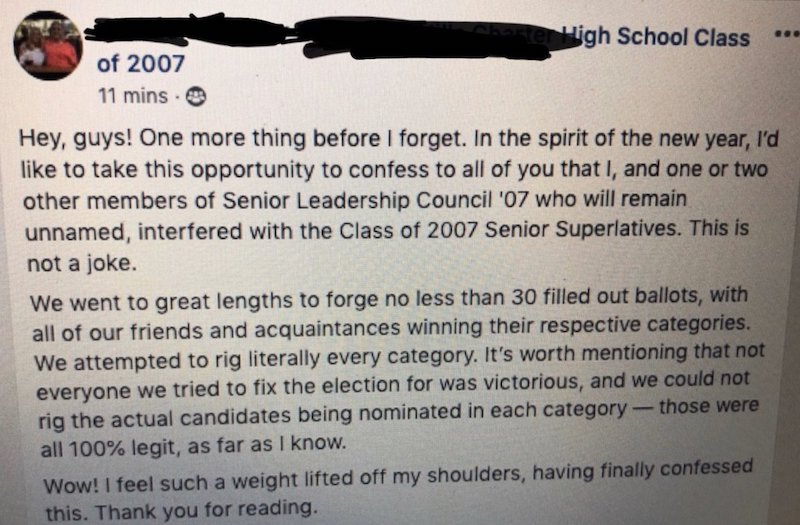 He also shared some screenshots of group chats he’s having with former high school friends whose entire sense of self is deteriorating.

There’s the person who is worried no one will believe they had Best Eyes: 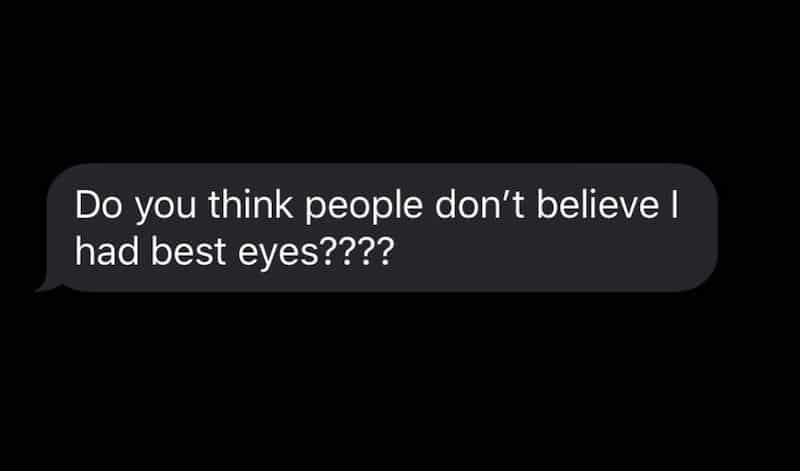 Someone who can’t keep middle school and high school straight but has strong opinions on teen romance: 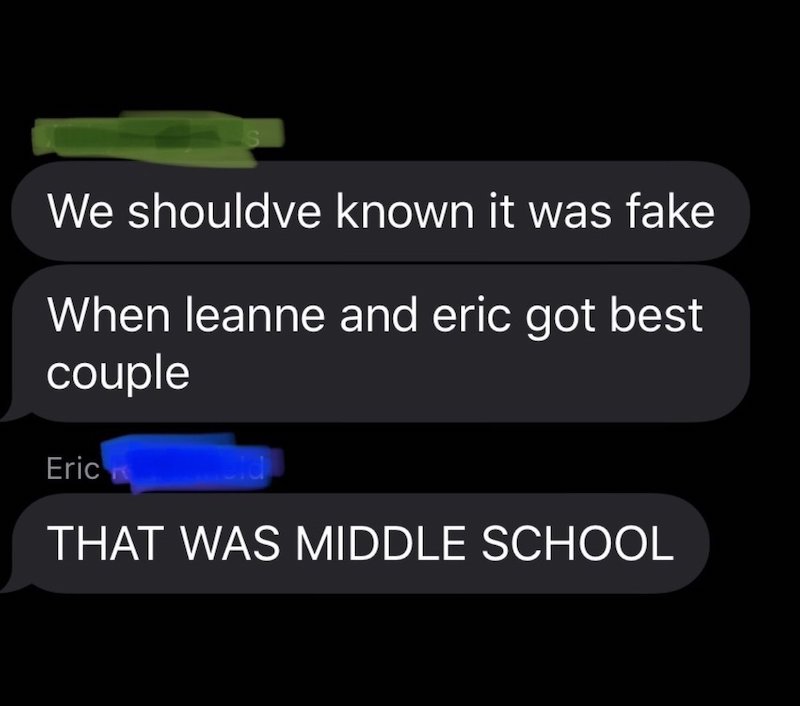 The person still resentful of not winning Biggest case of Senioritis: 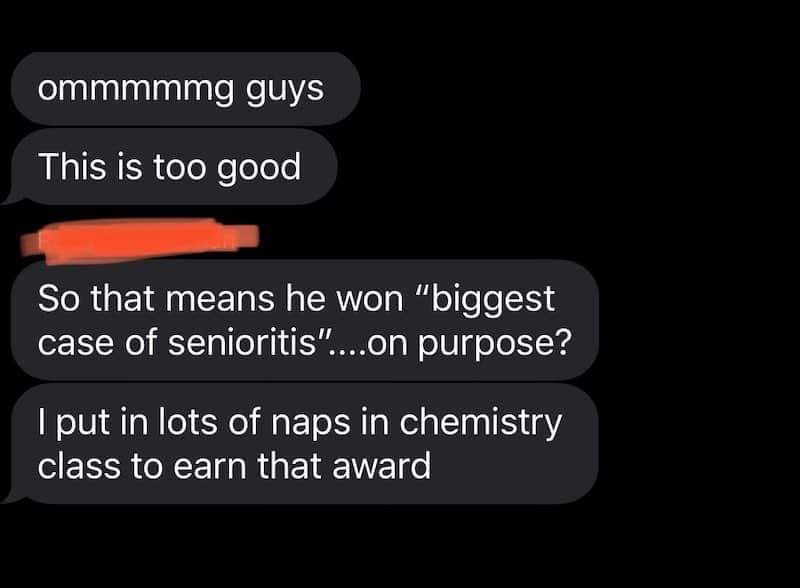 And the person who is seeing conspiracies everywhere now: 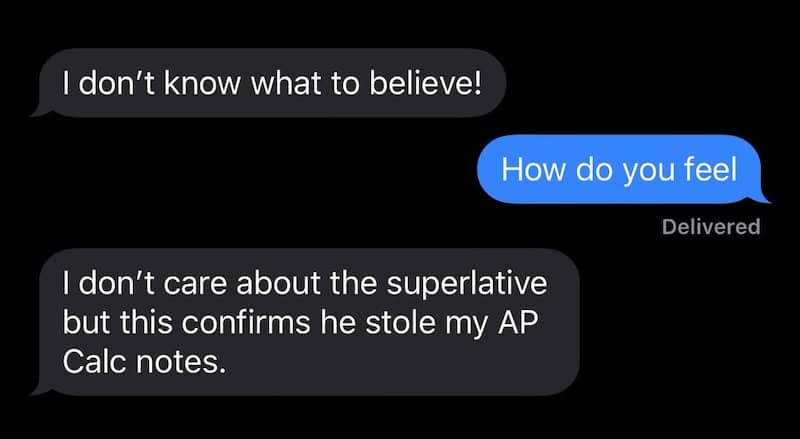 The story has churned up a lot of memories from the past, as people shared stories of heartbreak, conspiracy, and lost crowns in the Twitter comments:

Something similar happened at my high school with the senior prom song. The class officers just picked the song they wanted, but the cowboys protested because they had stuffed the ballot box with enough votes they knew their choice should have been selected. Very controversial!

Our valedictorian skipped 11th grade, bumping the assumed valedictorian and salutatorian to the #2 and #3 spots. #3’s mom sued the school board, lost, and then had a plane towing a banner for her daughter buzz our outdoor graduation during the valedictorian’s speech.

As I bellow in a drunken stupor every night for the last twenty years at a bar three blocks from my old high school: “Mr Congeniality was a scoundrel on his best day!”

Gotta wonder what this week has been like for whoever was voted Most Likely to Succeed. Their whole life is a lie.