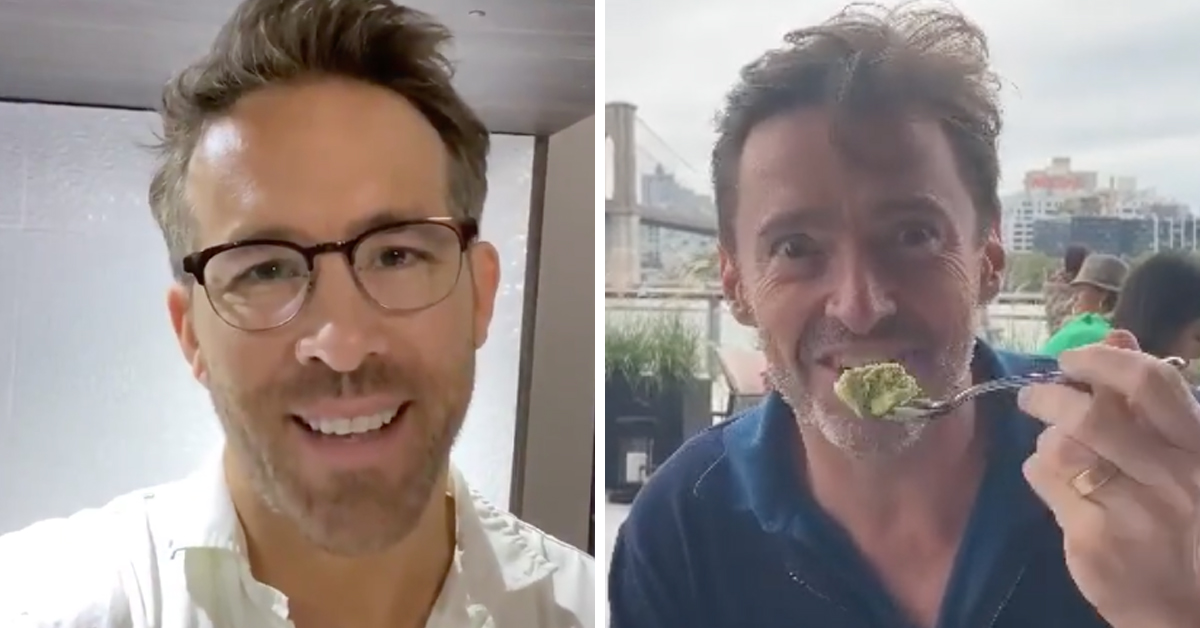 It’s well-known that Hugh Jackman and Ryan Reynolds share a friendship that often involves trolling each other. The latest? This week, Jackman is celebrating his 52nd birthday—and Reynolds decided to wish him a very special day with characteristic humor.

Reynolds shared his well-wishes on his Instagram story: “Hey, Hugh! Just wanted to wish you a happy birthday and to tell you that I love you,” Ryan said in one of his Instagram stories. “I’m down here in Atlanta so I wish I could be celebrating with you.” 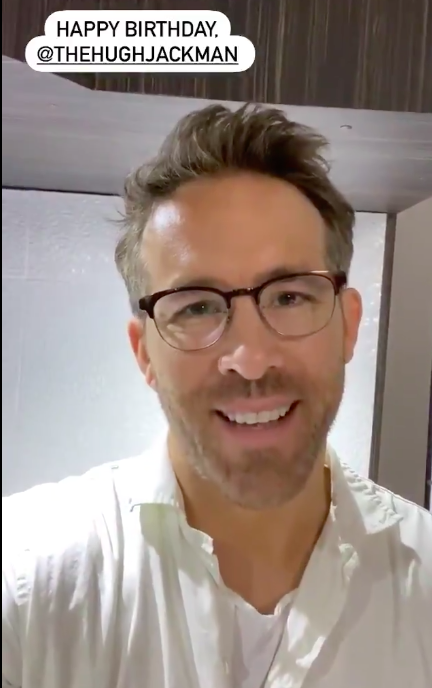 “You may notice it’s a little quiet around the house this morning. That’s because I flew Deb and the kids and the dogs, and your friends and furniture down here to celebrate your birthday with me. And we’re having an amazing time. And, um, we miss you,” Reynolds said, referring to Jackman’s wife and family.

Jackman later posted a video of himself enjoying some food on his birthday somewhere near the Brooklyn Bridge.

Much like Reynolds enjoys trolling his wife Blake Lively (and vice versa), he and Jackman have a history of poking fun at each other. Remember the Ugly Sweater Incident?

“These a**holes told me it was a sweater party,” Reynolds tweeted, including a picture of himself with Jackman and Jake Gyllenhaal. Reynolds is the only one wearing an ugly sweater. And it’s a very ugly sweater, the ugliest sweater to outdo them all.

And back in April, Reynolds wrote a caustic message to Jackman’s wife, Deb on her and Jackman’s 24th Anniversary. Jackman posted a picture of himself and Deb to his Instagram with a touching message: “These 24 years have been the best of my life! And, as far as I can see, we keep getting better. I love you Debs with every fiber of my soul. Happy anniversary. #24.”

Hey, they say a good sense of humor is vital for a strong friendship.