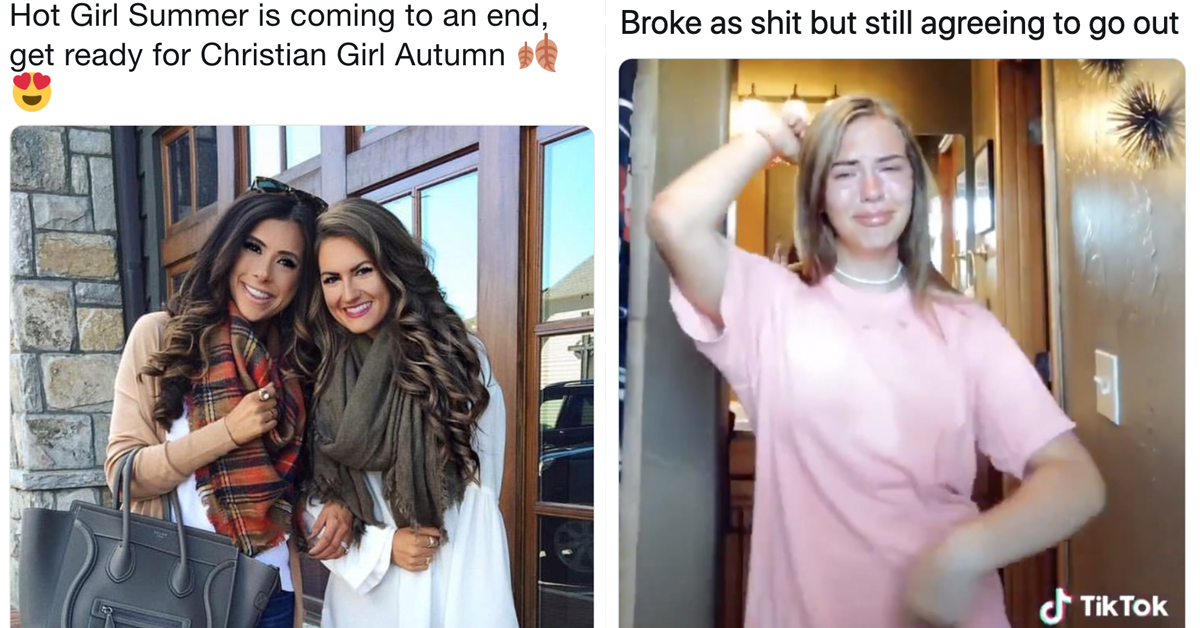 Being the subject of a meme was once a fairly rare occurrence. One person being widely mocked, worshipped, remixed, auto-tuned and disseminated across the Internet was all we needed every few months. But the Internet became too powerful and hungry for new dank memes in 2019. It will never be satiated! It must be fed! Many innocent lives were thrown on the pyre this summer. Some of them are happy about their sudden popularity, others are more ambivalent; one is a cat.

However these people who got meme’d might feel about it, it’s important to remember they were all ordinary people before the internet got a hold of them. Any one of us could be meme’d at any second, most likely against our will. Hold your loved ones close tonight—you could be next. Summer ain’t over yet.

Here are the stories of the season’s sacrifices:

This dude doesn’t even have a photo or video associated with his identity. He simply wrote such an evocative phrase on Twitter that it quickly took over people’s brains. Willie McNabb weighed in on the gun control discussion that arose after two mass shootings took place in the same 24 hours.

Musician Jason Isbell tweeted about the constant semantic argument presented by gun nuts over the exact definition of an assault rifle, and McNabb responded with a question that echoed across the Internet:

Legit question for rural Americans – How do I kill the 30-50 feral hogs that run into my yard within 3-5 mins while my small kids play?

“How do I kill the 30-50 feral hogs that run into my yard within 3-5 mins while my small kids play?” McNabb asked, seemingly for no reason.

The question was not satire, but the jokes came pouring in. So, so many feral hog jokes. Maybe too many.

In ~72 hours this will be completely incomprehensible pic.twitter.com/QljE5XSWHM

Journalist Yashir Ali eventually got in touch with McNabb and interviewed him, asking if this was a real scenario. Here was his story:

“One spring day, when the oldest was no more than 5, the kids were playing in our yard. My wife yelled out to me that there were ‘pigs’ in the yard. The first thing I did was go to my safe and get my hunting rifle, a .270 Remington with a three-shell clip plus one in the chamber. I ran out onto my back porch, and there were hogs everywhere — all of them running wild over my two-acre yard. As my wife frantically tried to protect our kids, I picked the safest targets and started shooting. I killed three quickly. This all happened within three to five minutes. My kids were shaken but safe. My wife and I were shocked, to say the least. I collected the dead hogs and took them to a co-worker for processing.”

Okay, fair enough. McNabb said afterward he looked into buying an assault rifle to make mincemeat out of future hog intruders, but for what it’s worth he does support common-sense gun control. And hog control.

Brittany Tomlinson got famous for her TikTok video of sampling a kombucha for the first time after her friends urged her to try a probiotic. Very normal friend stuff. Tomlinson told Vulture that she’s 22, from Dallas, Texas, and has been trying to go viral with her videos forever.

Tomlinson’s clip really took off on TikTok and then got reposted all across Twitter. It’s probably because after Tomlinson tastes this Kombucha, she expresses almost every human emotion one can have over a flavored beverage:

Her “public restroom” comments get cut off in most of the reposts, but as she says, her reaction after sipping is “literally genuine.” That’s what makes it so funny.

me reading back my own writing. pic.twitter.com/cb4zlWjjIG

This is how Tomlinson describes her emotional journey in this vid:

I would describe it as disappointing pleasure. Will I try kombucha again? Probably. Will I like it? Probably not. Will I keep drinking it? Yeah, most likely. You know? One of those.

Since it took off, her followers have tripled, she’s launched a YouTube video for reviewing Kombucha and received at least one free t-shirt. This is the stuff of viral dreams.

Emily Gemma and Caitlin Covington are two fashion influencers who had their image used in a tweet that went viral, posted from a Twitter account called @lasagnabby. That account is run by a 19-year-old in New Jersey named Giovanni, who wasn’t expecting it to catch fire. The original tweet is a play on “Hot Girl Summer” which has become a mantra for people everywhere after they heard it from rapper Megan Thee Stallion. Whooo, this story has layers!

Giovanni tweeted Gemma and Covington’s photo with the caption, “Hot Girl Summer is coming to an end, get ready for Christian Girl Autumn.”

The response was intense. Most people didn’t seem to realize it was a joke, or if they did, they still wanted to pile on these seemingly oblivious basic white ladies talking about Christianity:

This picture touched my hair without asking

His name is Jake

Christian Girl Autumn became its own meme, independent of the girls’ image:

It also eventually got back to them. The pair were interviewed by Buzzfeed News, and they say they found the whole thing pretty funny and not offensive at all. They took those photos for their fashion blog, and there’s one thing they want everyone to know right now—those looks are out of date!

“The photo is three years old so the fashion has changed!” said Gemma. “We don’t still wear that same style of outfits!”

And yes, they are Christian, but not hateful.

“That’s not me at all,” said Covington. “I’m a nice person and I love everyone and I’m accepting of everyone.” And they’re being tested about that:

If all of Twitter is gonna make fun of my fall photos, at least pick some good ones! 🤣 Super proud of these. For the record, I do like pumpkin spice lattes. Cheers! ☕️ pic.twitter.com/QzflqTwqAE

The girls are still giving out fashion tips, for anyone interested. Cropped flare jeans are back in, FYI.