Everyone is having to make a lot of adjustments with quarantine. Many are now working from home, and while they’re lucky to still have jobs, it can still be a stressful transition. Redditor u/LocalActuary9 is wondering if he is letting the stress get to him a little too much, because a work decision he made at home isn’t going over well for the rest of the family.

He asked subreddit r/AmITheA**hole to weigh in on his choice. He says he has a home office with a  restroom. His job involves being in constant contact at all times, with very few breaks. There’s even an active webcam on him which is checked by his boss. This has been difficult for his wife and kid to understand:

The issue is that in the first few weeks my wife and 5 year old daughter had difficulty dealing with the fact that I’m actually working and not hanging out at home. I kept the door closed but didn’t lock it, but my wife and daughter would constantly enter the room, peek at my screen, talk to me, ask me for things, tell me to come over here, etc.

Eventually I told them that this is making me look really unprofessional and they should stop interrupting me while I’m at work. My wife got offended and said that if I’m at home I should interact with our daughter more anyways.

He decided that the only thing left to do was lock the door and tell them only to knock if it’s an absolute emergency.

In response my wife has been knocking aggressively in the mornings to annoy me. Or she’ll knock hard while passing the door and leave before I can get there. She’s been telling our daughter that “daddy doesn’t care about us enough to see us” and that makes me really upset too.

I feel really guilty about having to ignore my kid during the day but I just really want them both to understand that I’m still working even though I’m at home. But now my daughter truly believes I’m ignoring her on purpose. AITA?

He also edited in response to comments, saying his wife is a stay-at-home mom and they have a live-in nanny. His job is in the financial markets, which are extremely time-sensitive and not flexible for breaks. His wife doesn’t want help around the house, just time and attention.

Some people said they could understand the wife’s feelings up to a point, but not once she involved their kid.

There’s no excuse for making a child think her dad doesn’t want to spend time with her. He is definitely Not the A**hole: 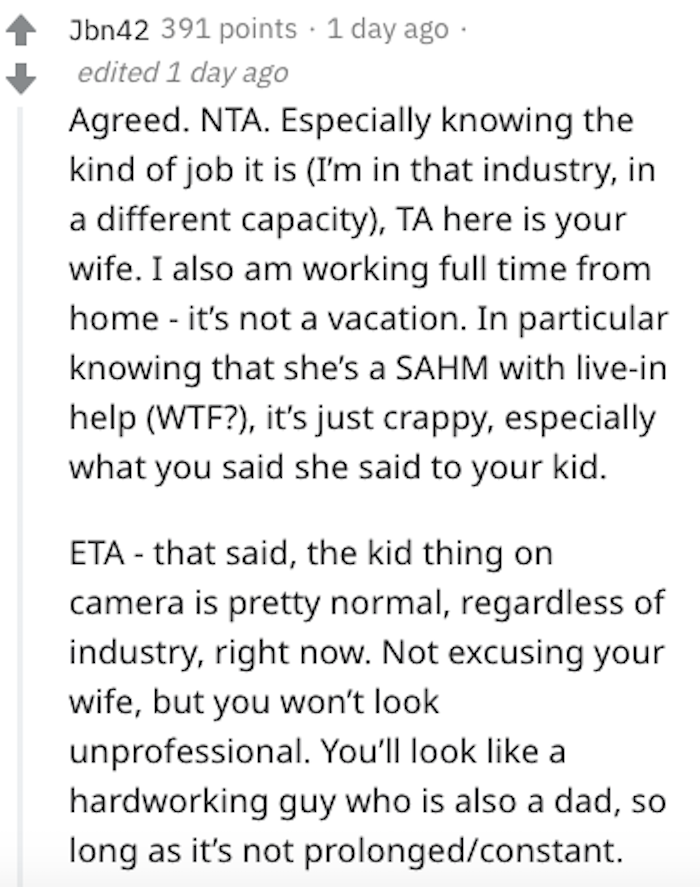 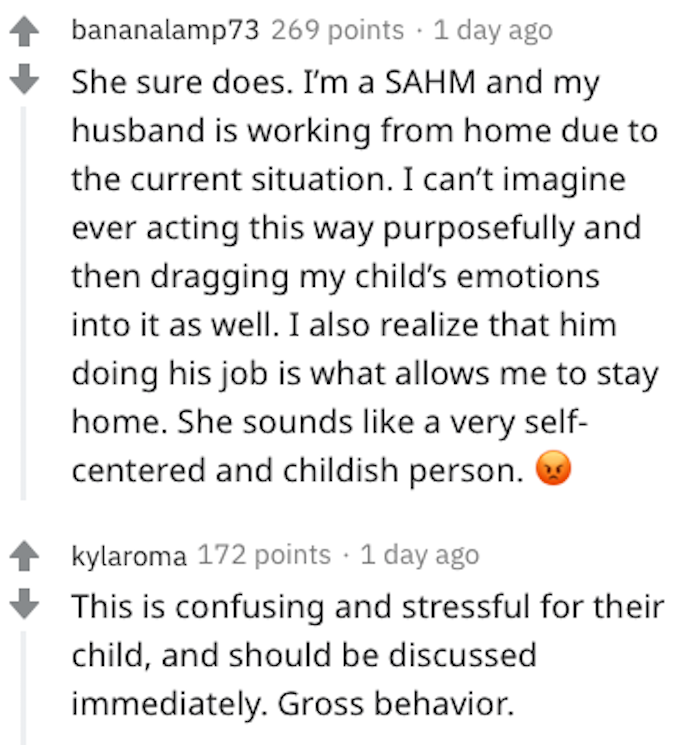 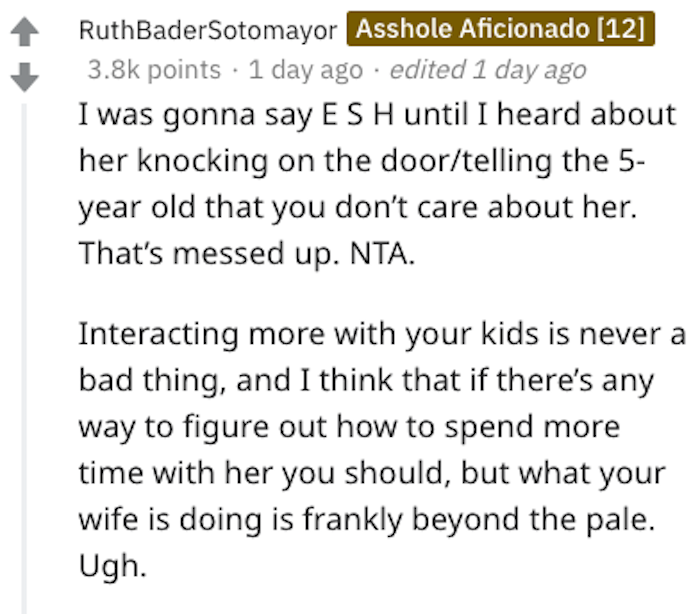 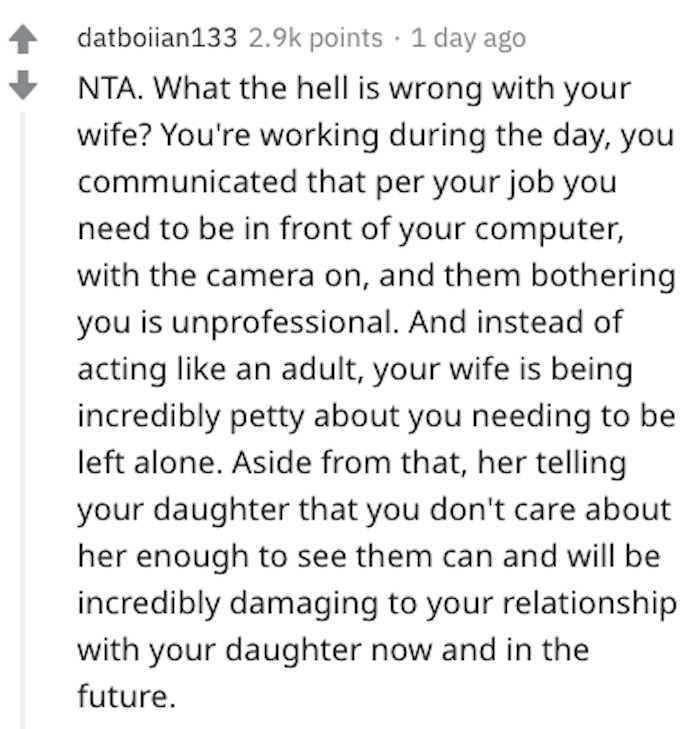 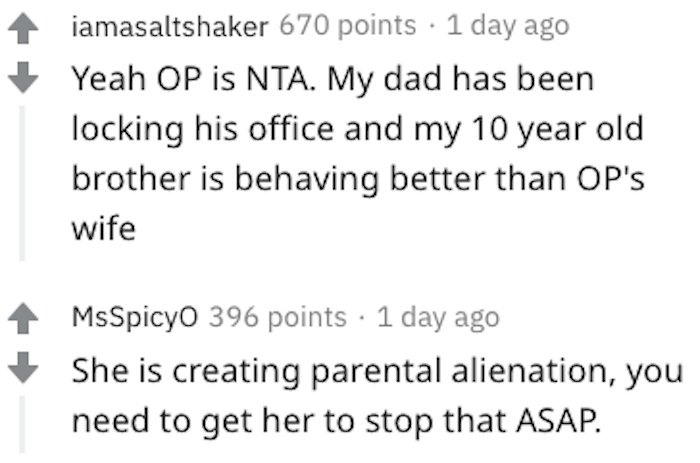 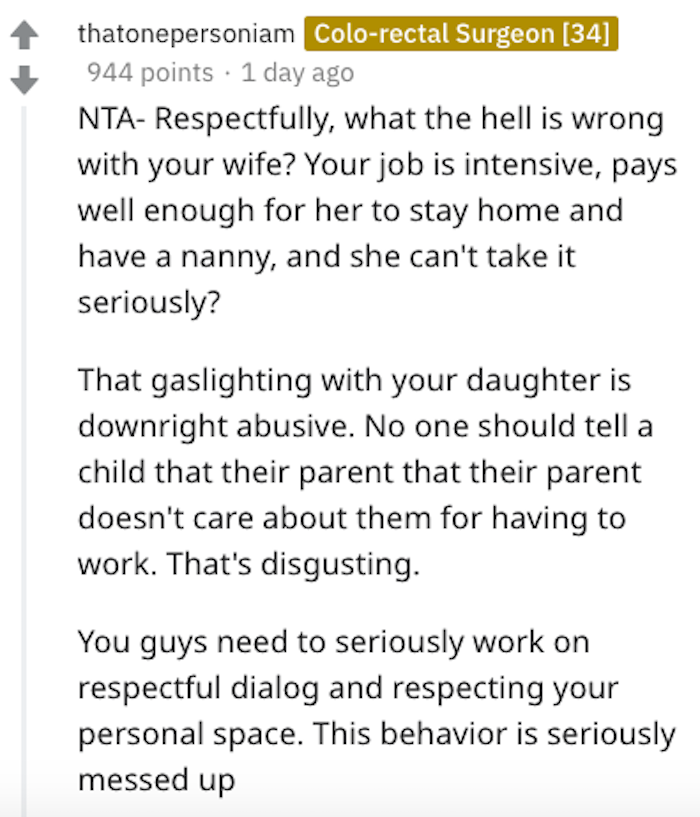 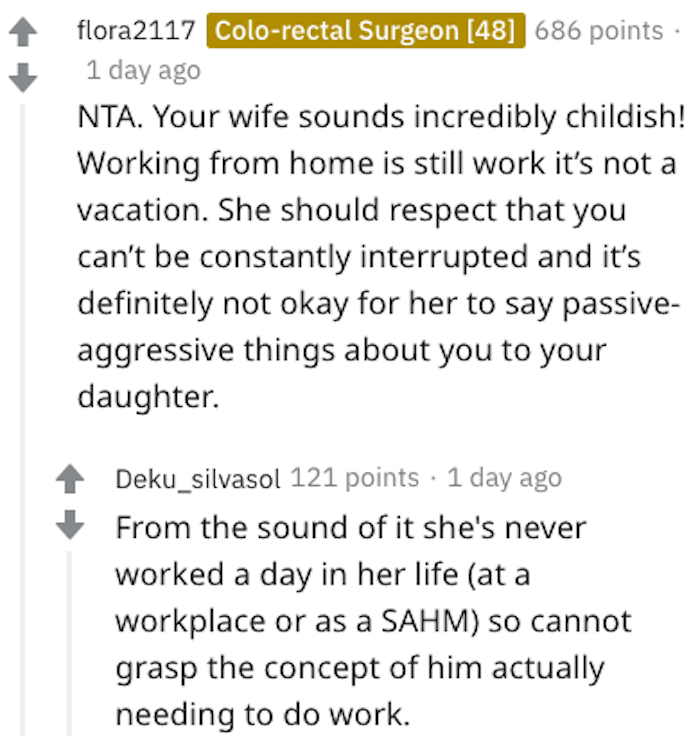 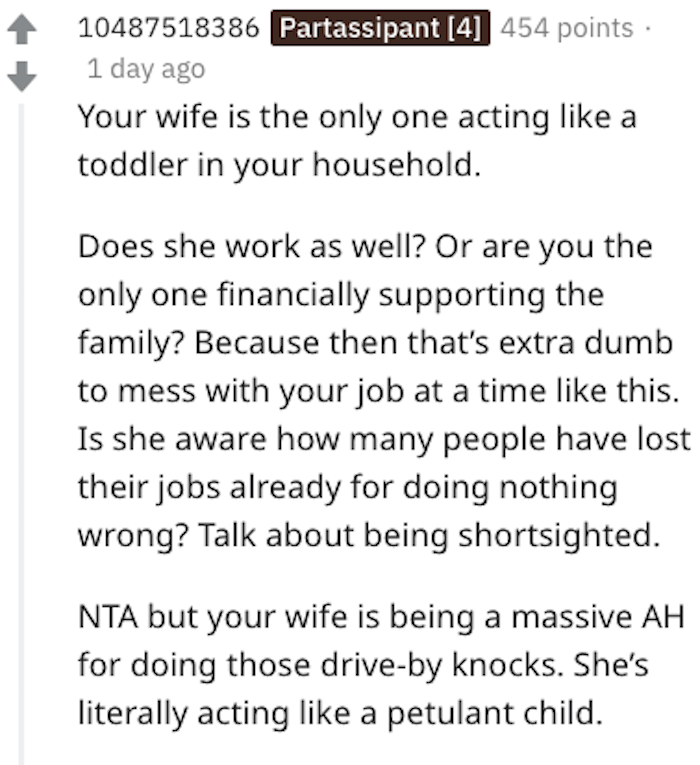 It really sounds like his wife is bored and reacting to it even worse than a five-year-old. The OP is learning some stuff about his partner that he never would have without lockdown.