The subreddit r/ChoosingBeggars is always a trip for anyone who functions normally when it comes to making deals with other people, asking for favors, or buying stuff online. The world is full of people with absolutely no shame, and most of them will contact you on Facebook Marketplace at some point.

This story was posted by Redditor u/BellaGabrielle, who captioned the series of screenshots they shared with, “It took all my willpower to not to respond to this.”

The conversation between the seller and the Choosing Beggar starts with the CB asking if the chairs were still available, and wondering if the bench and table in the pics came with them. The seller explains that the bench is being sold separately.

The CB isn’t happy with this or with the chairs they literally contacted the seller to buy. Why? Because they’re black, and they don’t want black chairs. They’re offering to buy them as a generous act, and so they should cost less. 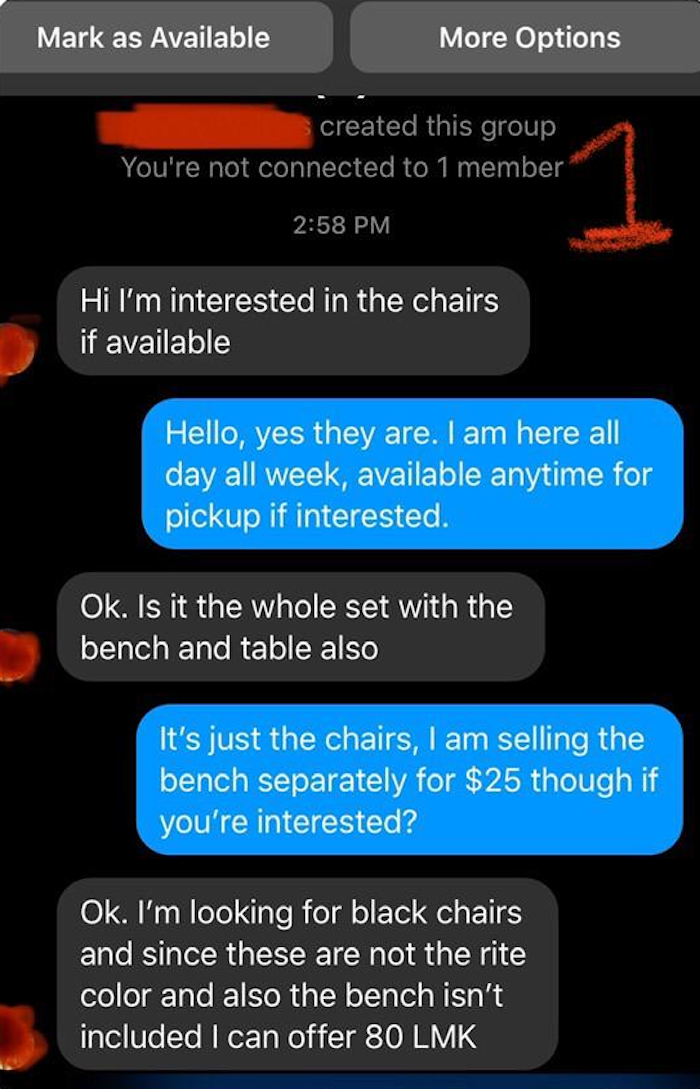 The OP very, very politely explains that lots of people are currently interested in the chairs as they are and at the price they are set, but says if the chairs don’t sell, they’ll be in touch. Instead of taking that as a no, the CB decides to negotiate the price even lower. Because the items are defective!

It’s sort of like going into a store to buy an orange and then insisting that they sell you a banana at a lower price because it’s not an orange, even though you picked up the banana and brought it to the cash register. Totally makes complete sense. 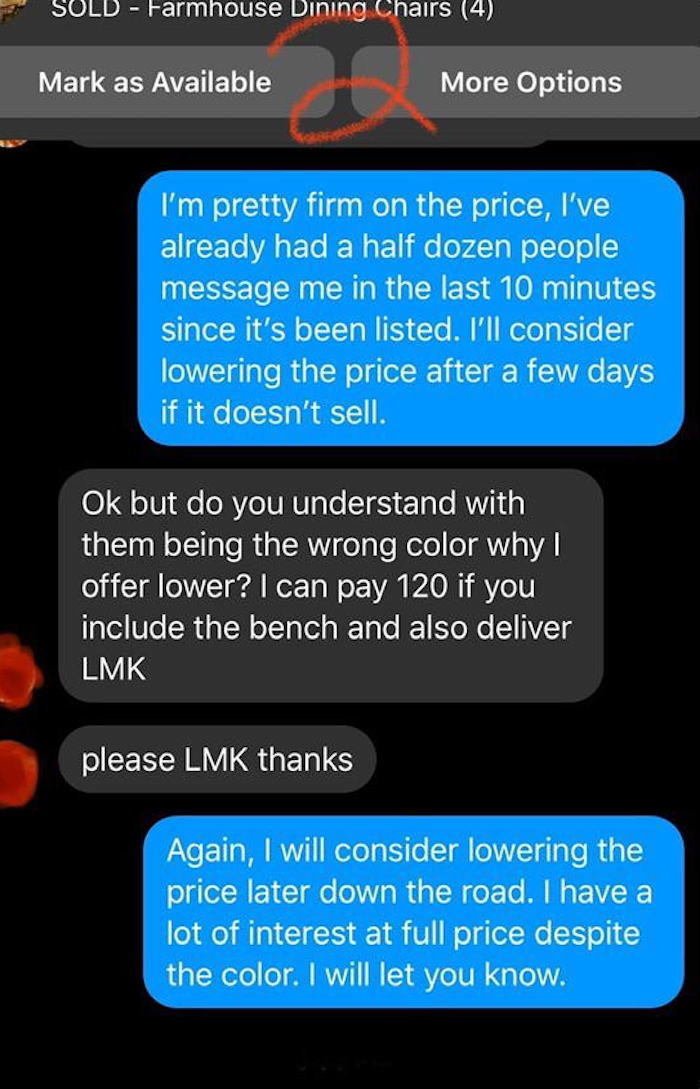 Inevitably, the seller sold their chairs to someone else, which really pissed the CB off: 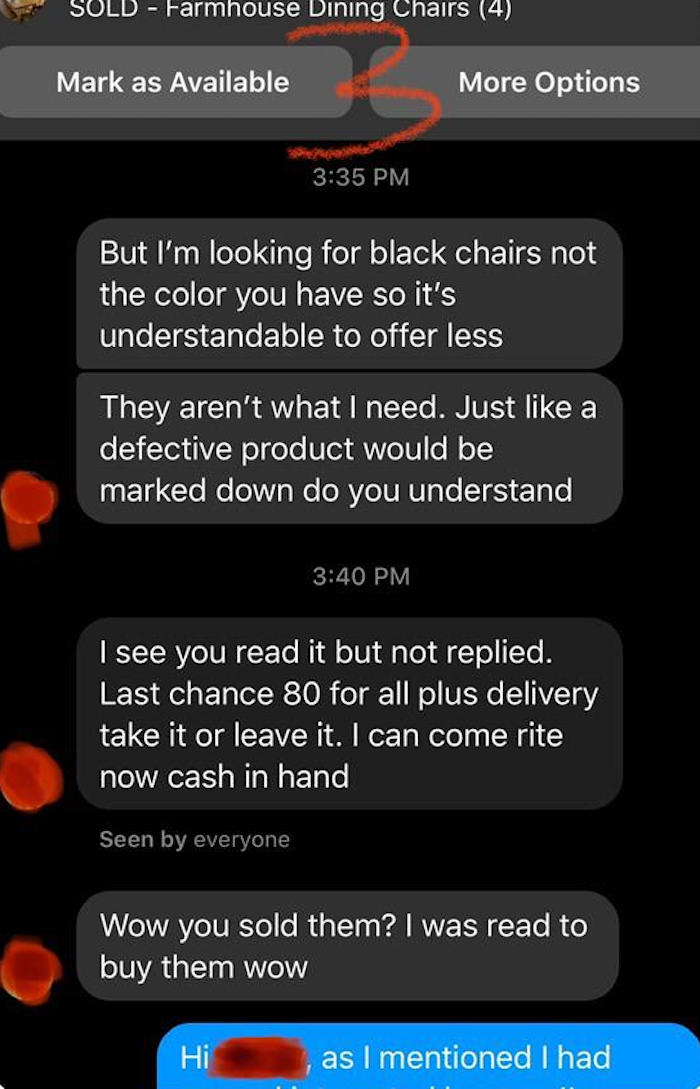 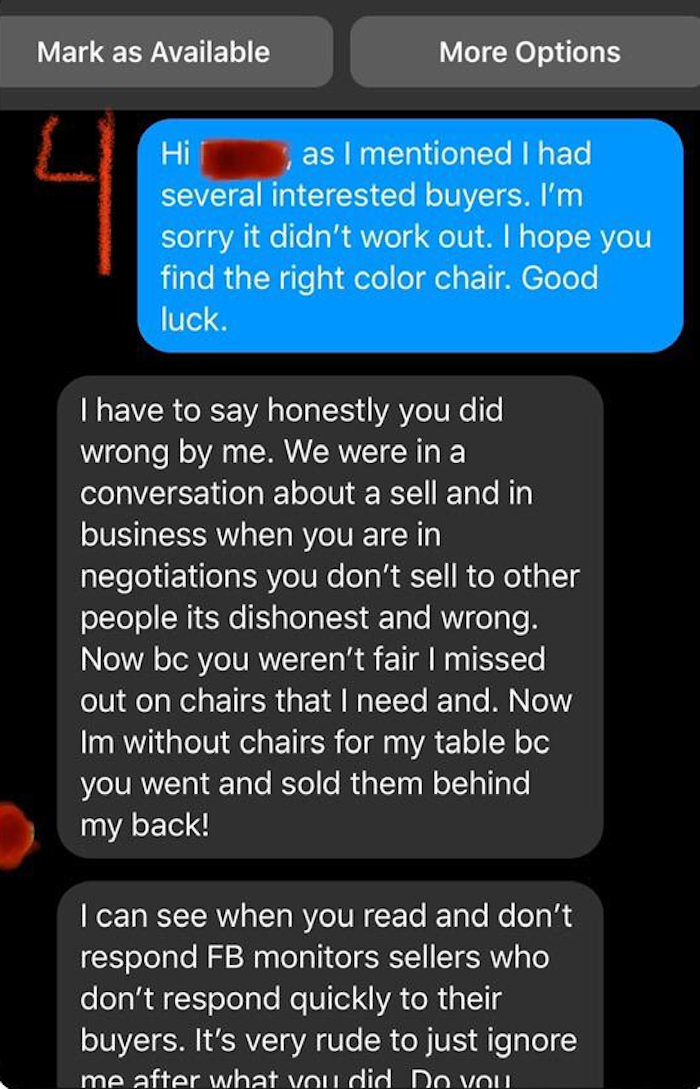 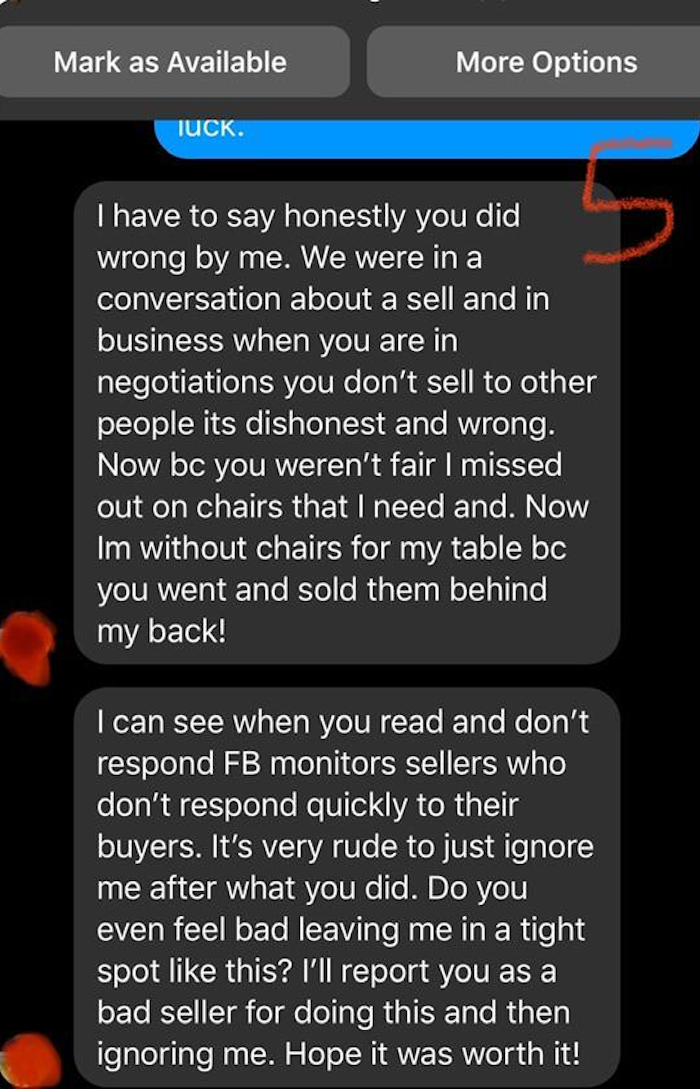 Somehow the seller manages to still be polite and yes, they stopped replying. People in the comments found the whole exchange hilarious, as long as the seller got their money: 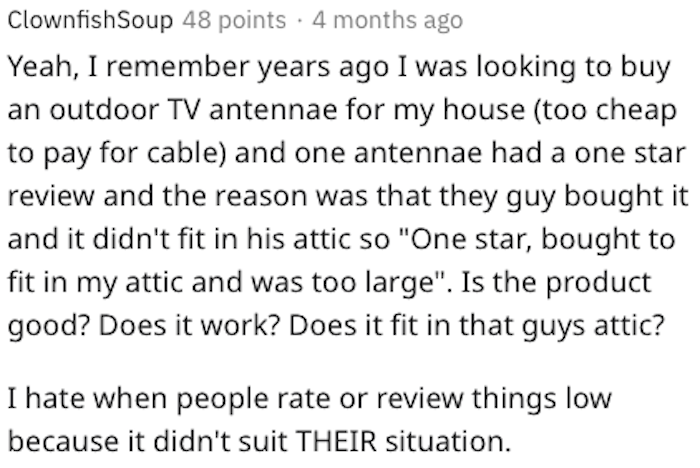 It should be noted that lowballing someone over and over again as they refuse to sell to you for less isn’t the same thing as entering a contract negotiation. You catch more chairs with fair pricing than lowballing.