Over at the subreddit r/TIFU, where people share stories about how they totally and completely messed something up—TIFU stands for “Today I F—ked Up”—a thread is unfolding regarding a dude who gave his younger sister his old hand-me-down phone. The problem? It contained a super-secret “homework” folder…which, you know, most certainly didn’t contain homework.

He starts by saying that his family isn’t exactly rich, so phones and other devices are passed down to younger siblings on the regular.

So when the OP got a new phone, he gave his crappy old one to his younger sister. He thought he moved the shady “homework” folder to the new phone but he was OH SO VERY wrong. 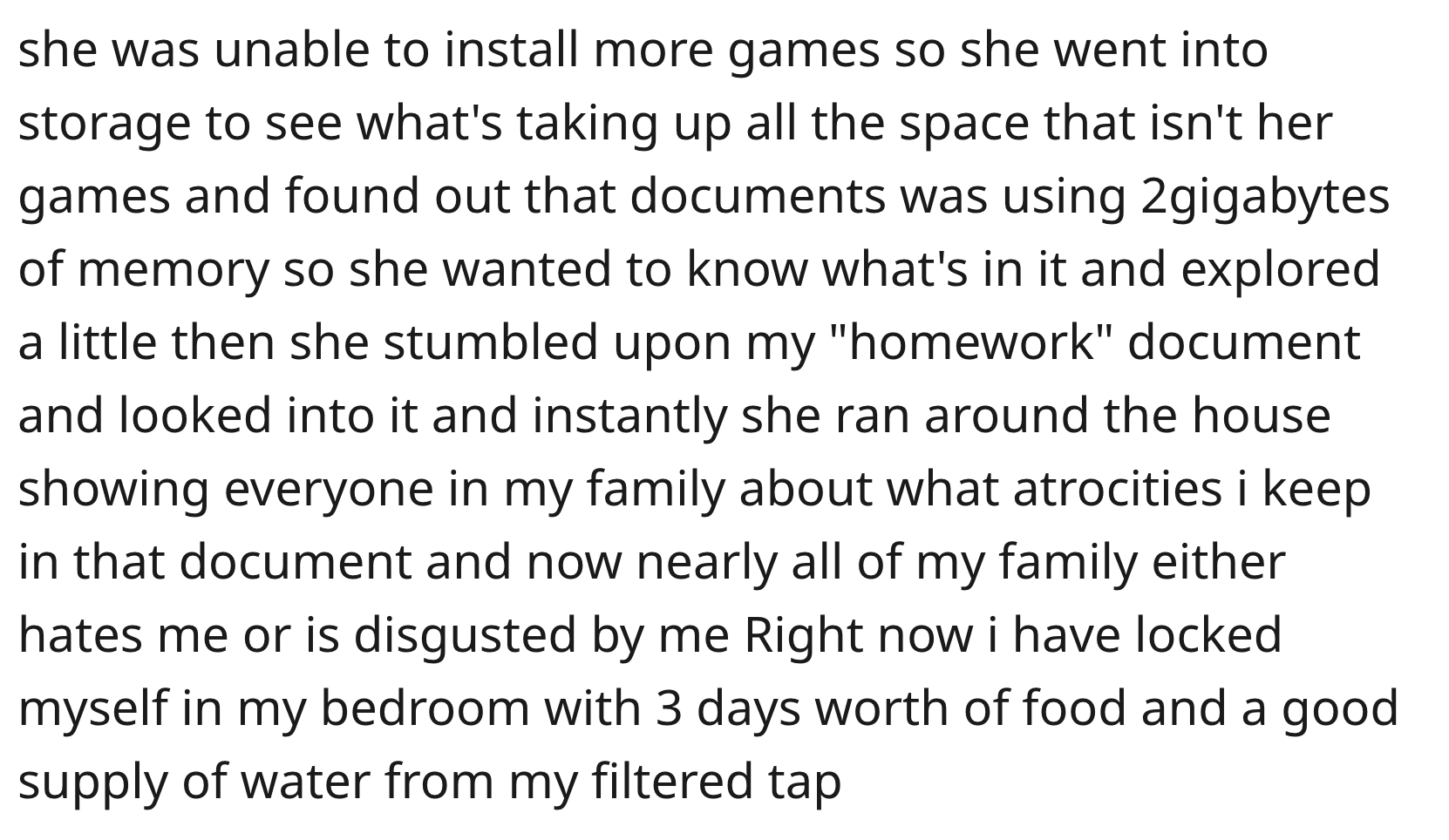 Long story short: She explored the folder and then “instantly she ran around the house showing everyone in my family about what atrocities I keep in that document and now nearly all of my family either hates me or is disgusted by me.”

The OP says he’s locked himself in his room with several days worth of food. He’s planning on emerging and accepting his fate soon. 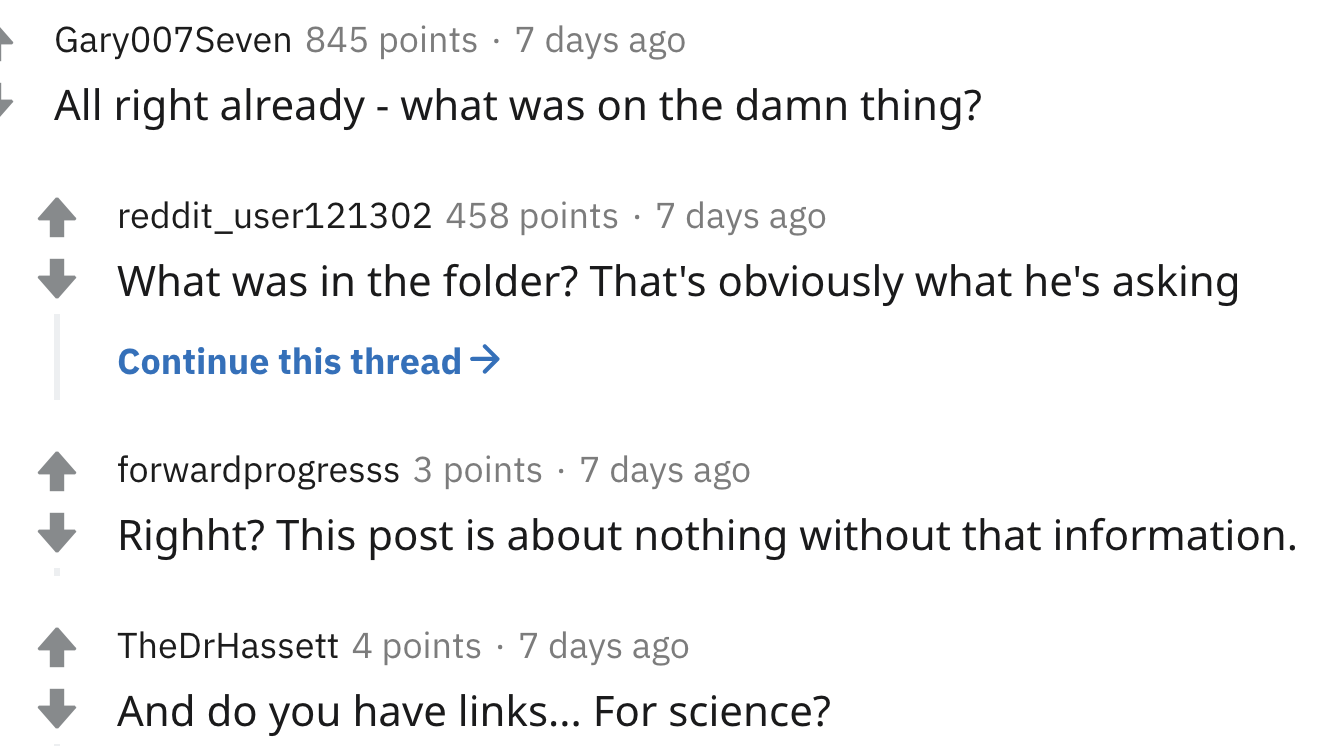 And yes, it was exactly what you thought it was. And some of it was kinda weird.

Most people came through for the OP, without shaming him. One of the most-liked comments basically said, “It’ll blow over.”

Of course, it’s the thought that counts….when you’re trying to support someone who just exposed their filthiest thoughts to their family. Right?

They also had some techy suggestions for the poor kid.