16. Two Karens who found each other, and lived happily ever after in “economic anxiety,” if you catch my drift (they’re racists who pointed guns at BLM protestors).

Easily two of the worst people to go viral in 2020. If you did go viral in 2020, I hope and pray it was for a funny front-facing video, and not… whatever this is. The St. Louis couple claimed they were trying to protect their home from the dangerous protests going on (people marching in the street peacefully), so they had to pull out their guns and become the 2020 version of Bonnie And Clyde. If, you know, they worked for a bank.

If you’re going to do something that stupid, best to do it somewhere other than right outside your house.

People instantly made them into a meme.

17. Once upon a time, a Karen asked if the Sun could change its schedule.

I would have paid good money to see this explanation. 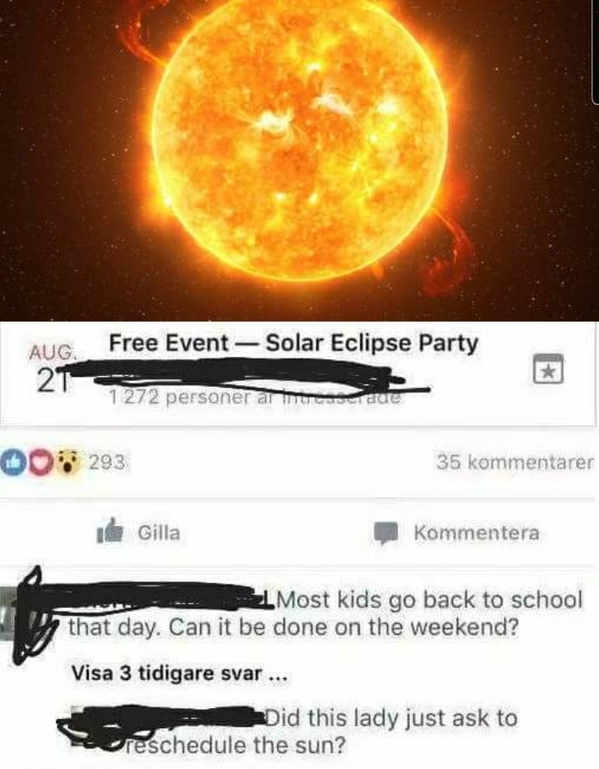 18. Just because they’re rude, doesn’t mean they are smart.

This Karen demanded to speak to the manager who let the tigers go extinct! 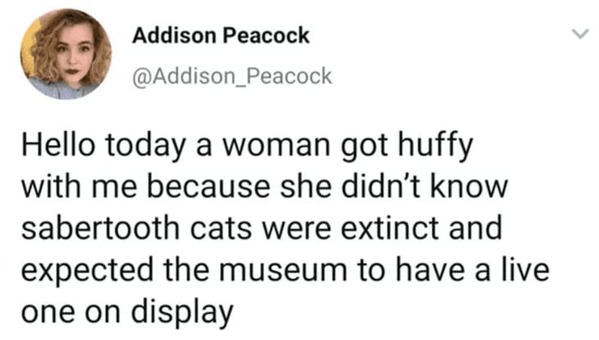 A woman posted this story in the often divisive subreddit r/AITA, and most people agreed that the woman who sprayed weedicide on a neighbor’s lawn and killed her pet rabbits.

“Caught my neighbor spraying weedicide on my lawn (in my fenced in backyard) because she said “she was sick of all the weeds” and thought she was doing me a solid.

So anyway, I kick her the f—k out and take all my pets inside.

Now 2 of my rabbits are dead and another is in critical condition. I’ll never be able to let my pets outside again to eat the grass because weedicide takes forever to go away because it can sit in the soil for who knows how long and Im worried that the dogs and cats might end up having a reaction too since they also nibble the grass (call me overprotective or over cautious IDC I love my animals)”

People gave a resounding “Not The A**hole”

20. Even military wives can be married to heroes and still become the Karen.

This woman went out for drinks and expected free stuff because her husband protects this country. She decided to take it out on her server when she was charged like some regular person. 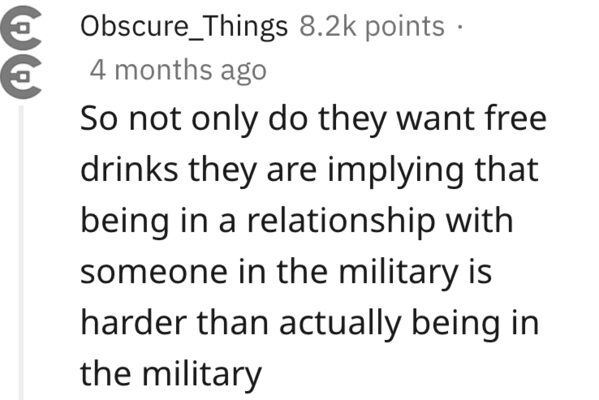 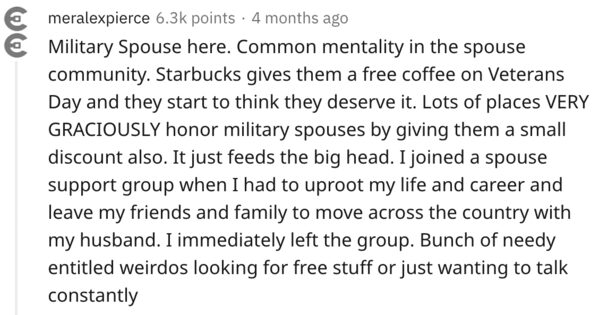 21. If you want Red Lobster, you better stop being a Karen during COVID.

This person had to be physically removed from Red Lobster for being so heinous to the staff. It happens to the best of us. I was never removed for rude behavior, but I did once try to steal a whole tray of cheddar biscuits.

Woman upset that she has to wait 3 hours for food from Red Lobster on Mother’s Day when the restaurant has a reduced staff. pic.twitter.com/gEnZI9vPh3

22. Karens are Karens even from the safety of their own homes, as was the case with this woman writing a weird note to her UPS delivery man.

Quarantining in 2020 was rough on all of us. But anyone who had to work had it worse. Some people didn’t even have to leave their homes. That didn’t stop Karens from telling other people how to do their jobs. Back when we thought we had to wipe down all surfaces to protect ourselves, this note appeared for a deliveryman: 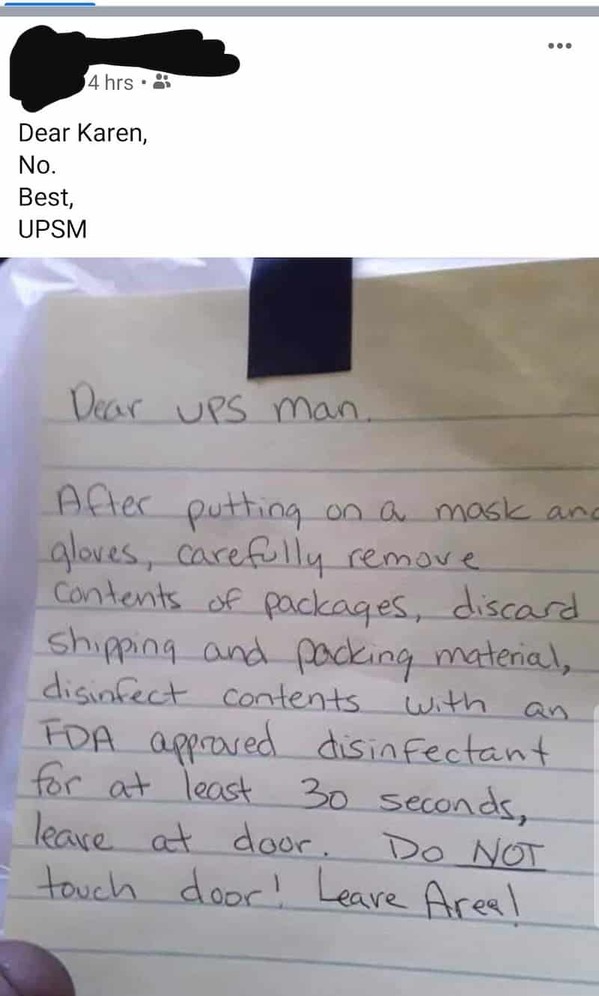 Leave any area that contains a Karen.

23. A Karen named Caren posted that anyone who made bread during quarantine was taking food out of the mouths of the poor.

Though she later deleted this post from Medium, Caren White (real name?) tried to shame the world. Too many people were making bread, and that was causing Twitter user @Clapifyoulikeme made sure to take some screenshots: 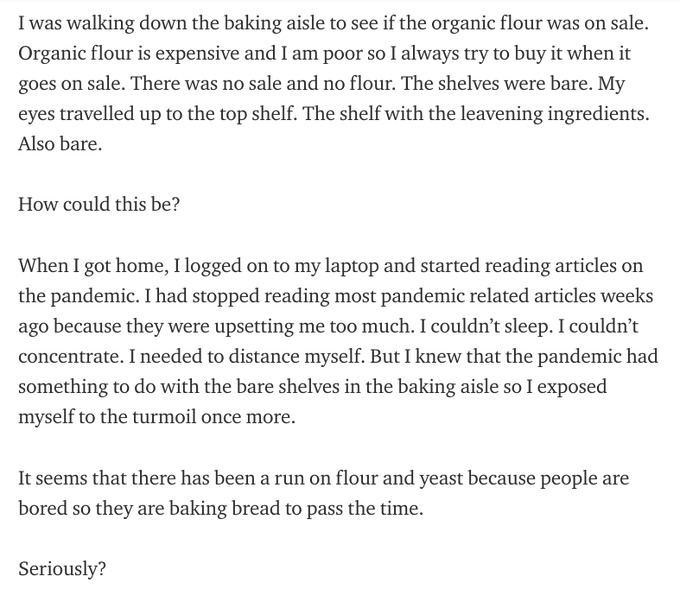 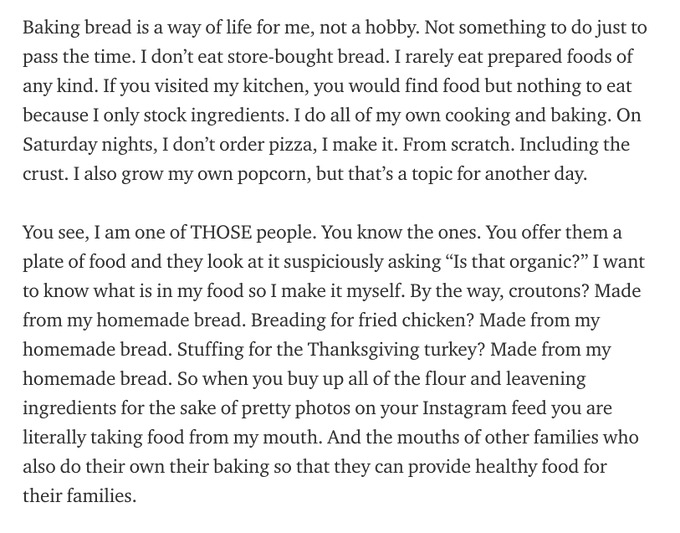 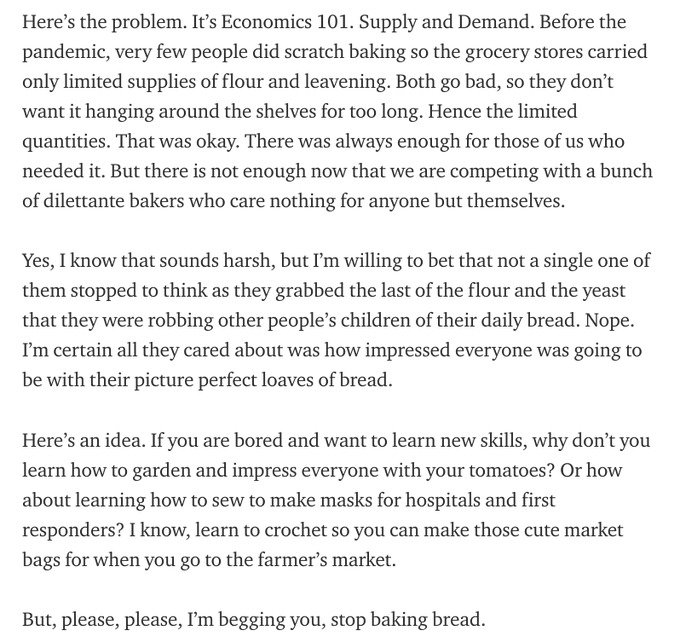 Enough people told her that this argument was silly that she deleted the post. Here’s a little reminder:

I read this aloud to my mother and she (1) laughed so hard; (2) pointed out that real poor people don’t make their own bread, because they’re out working.

24. A Karen pleaded with a dog sitter to watch her dog on late notice, and who would have guessed it, she was bad at negotiating.

This is not the proper way to talk to someone who you are basically begging to watch your dog. 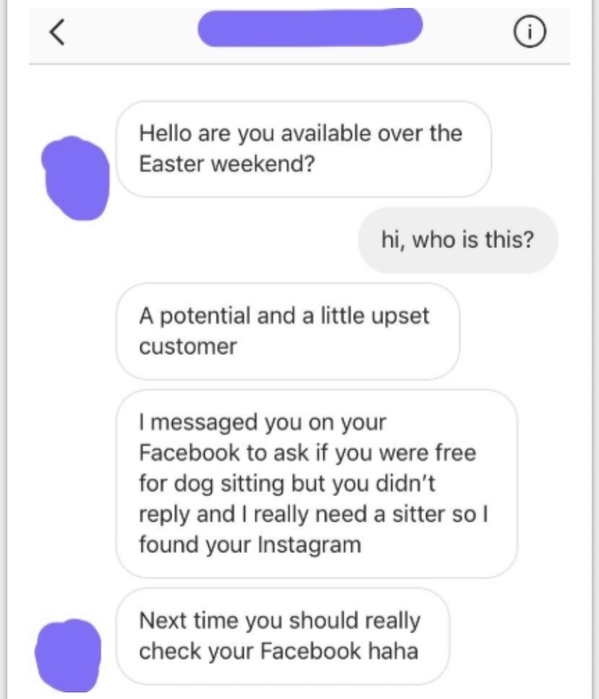 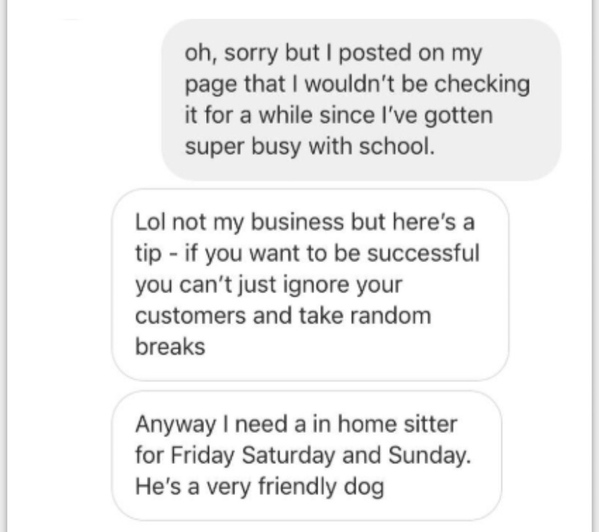 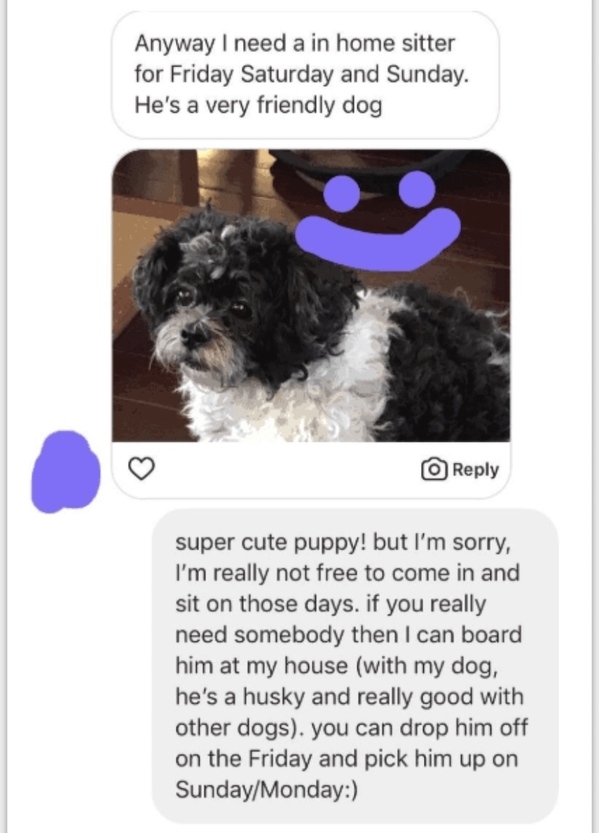 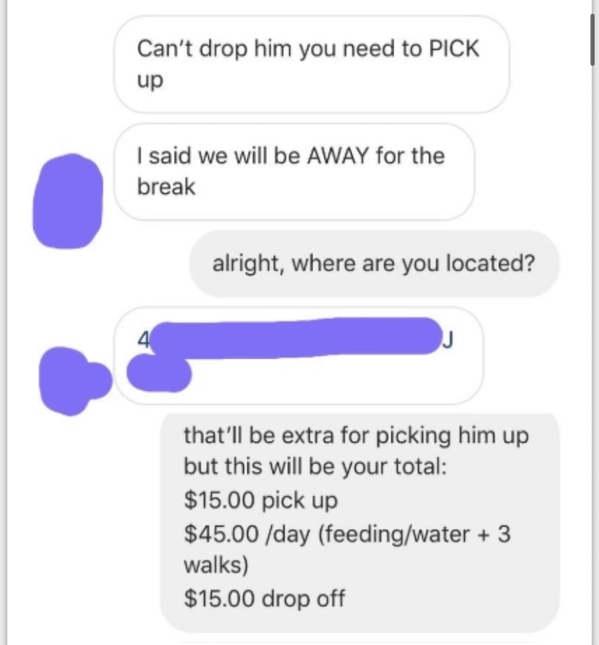 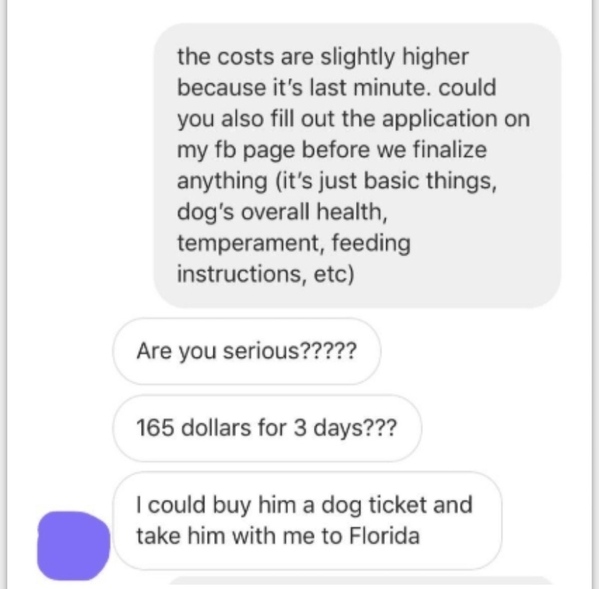 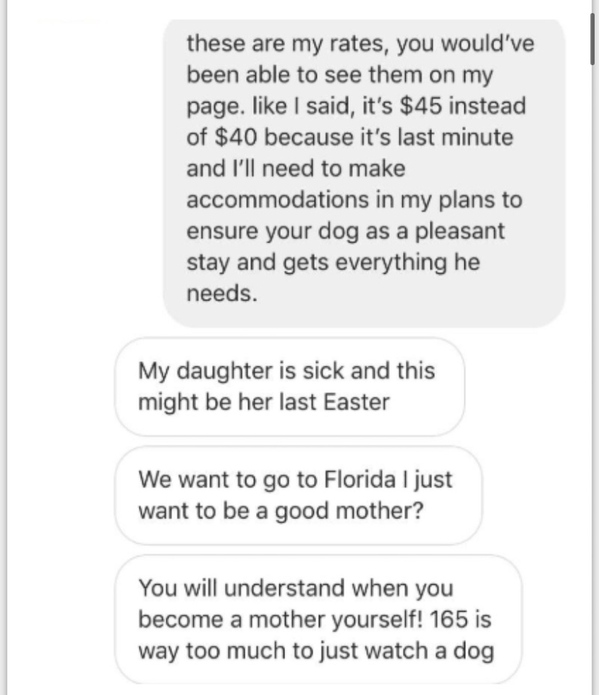 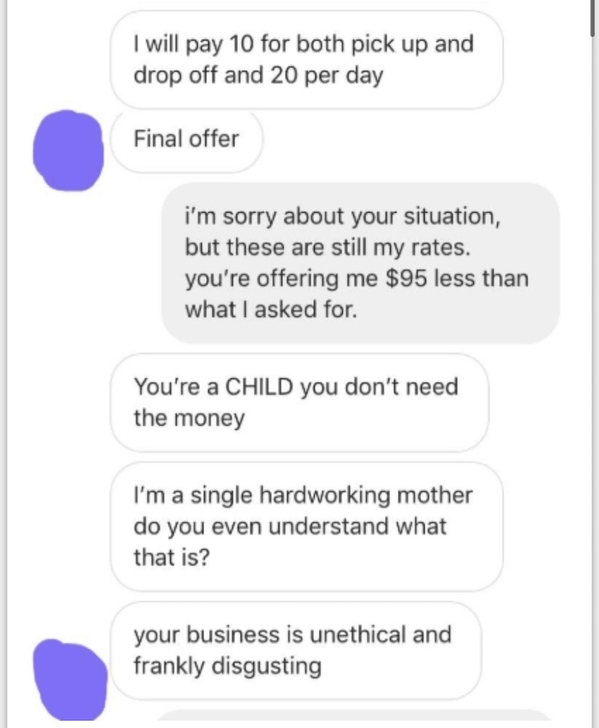 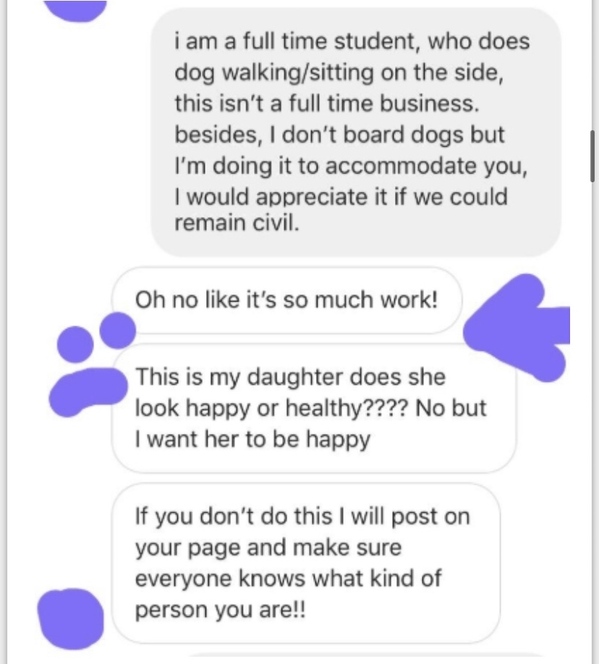 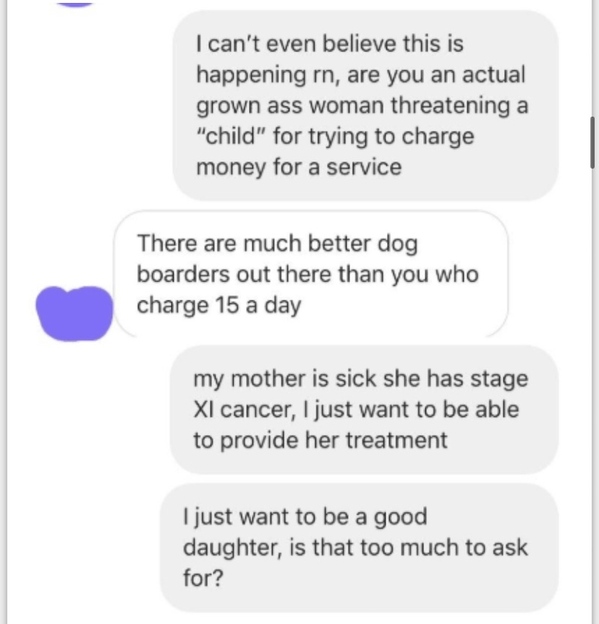 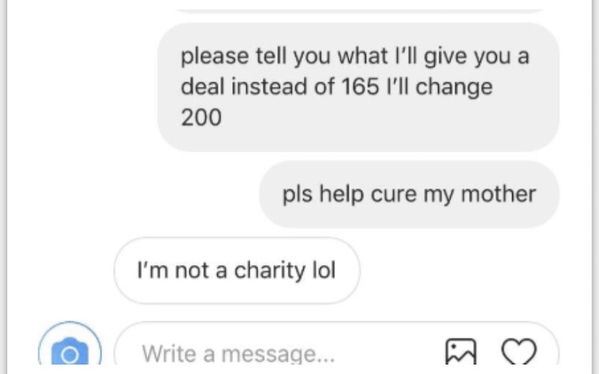 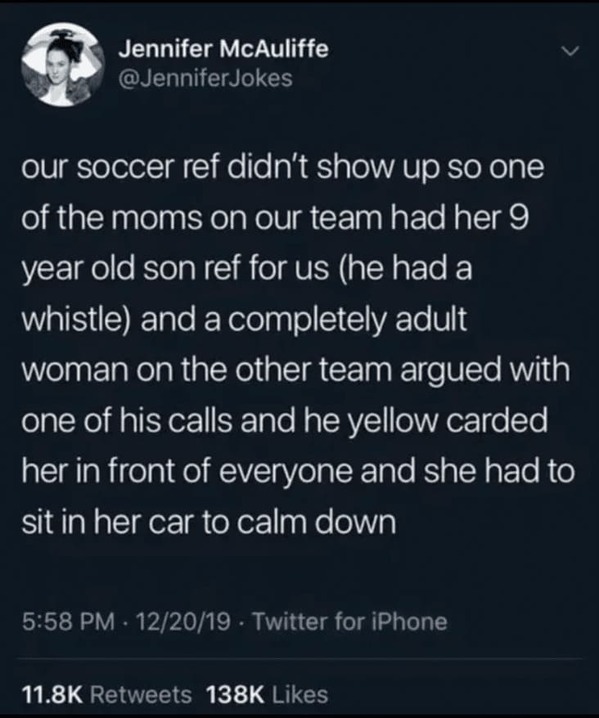 Plus a nice little bonus Karen who is mad about a Zoo not J-O-ing an elephant? 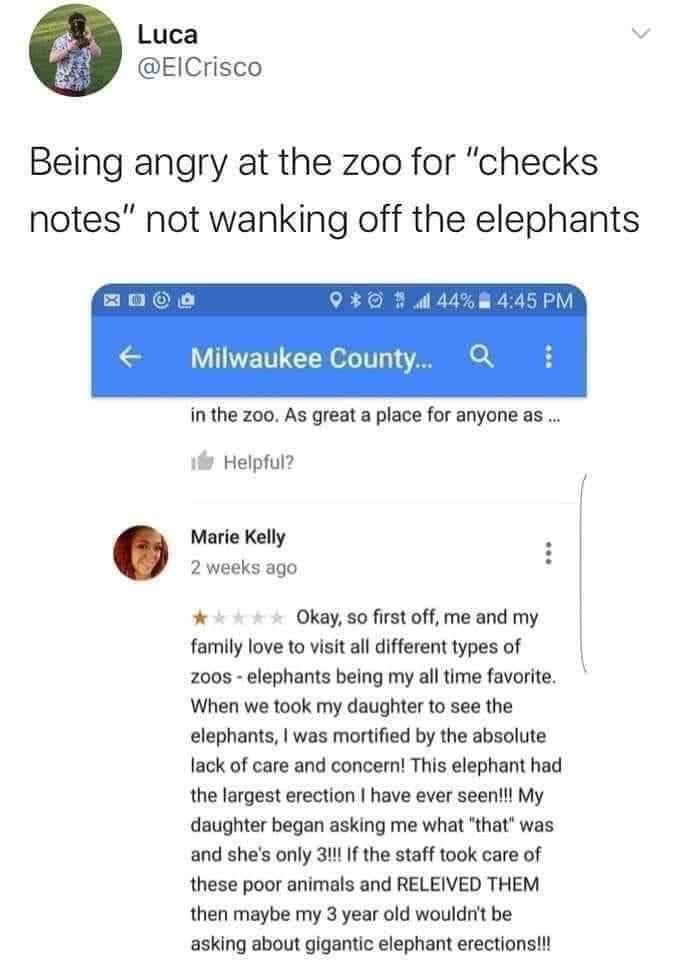 More of the worst people on the internet being the worst: