I’ve literally met a single person who doesn’t love Friends. Despite the fact that the show started an insane 25 years ago and has been off the air for 15, the show is more popular than ever and continues to welcome new audiences, all of whom seem hungry for every possible form of memorabilia companies are willing to offer. Cue the Friends shot glasses, your dream product!

The shot glasses, which are currently on sale for $5.52, feature iconic lines and symbols from Friends.

From Phoebe’s yellow cab, the zany picture frame, the Central Perk couch, and even the infamous line “They don’t know what we know that they know.” 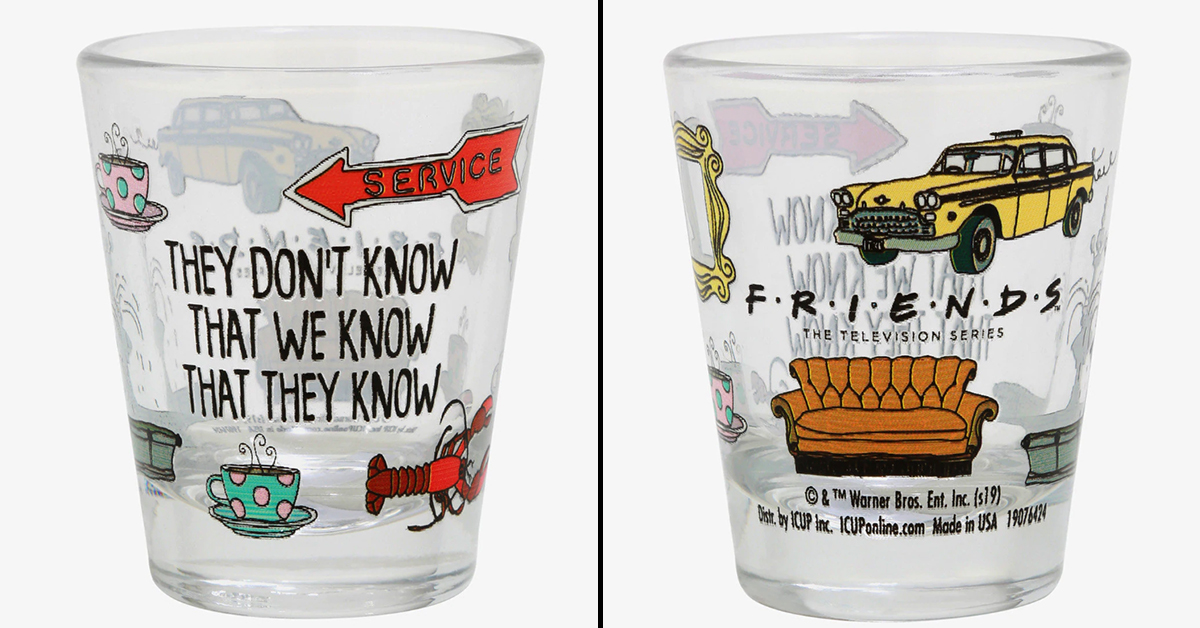 How great is that?

If that’s not enough, Box Lunch also offers a Friends shot glass that features the holiday armadillo, Monica’s turkey, and even Marcel. 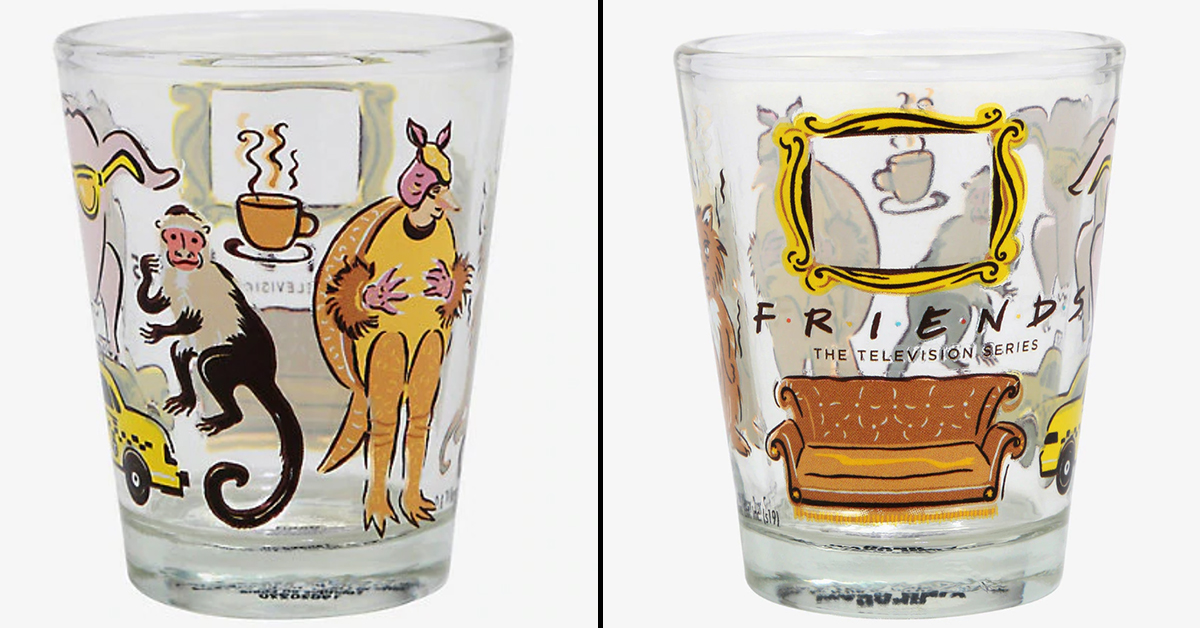 If you’re more traditional, there’s even one with just the Central Perk logo, though if you’re a completist like me, you’ll want to get all three. And given the bargain prices, why wouldn’t you?

Another reason Friends shot glasses are such an ingenious and unique form of memorabilia for the show is because they cater to a more mature market, AKA those of us who probably watched the series during its original run. 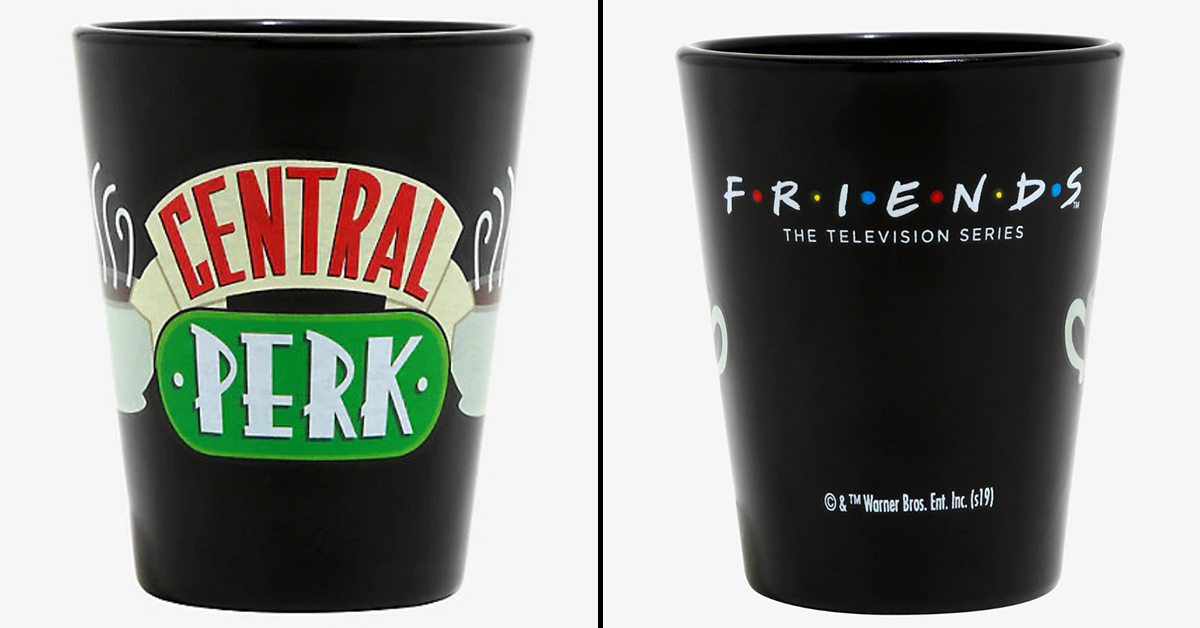 While most of us aren’t going to walk around wearing Central Park t-shirts or carrying Friends keychains, we would definitely down some vodka from a Friends-themed shot glass. Not only are they great to buy for yourself, they make really inexpensive but super fun gifts too, and with the holidays coming up, you’ll want to start getting prepared so you’re not scrambling around last minute.

Given all the Friends hype as well as the fact that these are on sale at the moment, you’ll probably want to grab yours ASAP before they well out because they definitely will.

More of the coolest gifts: